Longford Senior Football Championship: Mullinalaghta master Killoe at the second attempt in advancing to meet Clonguish in the semi-final 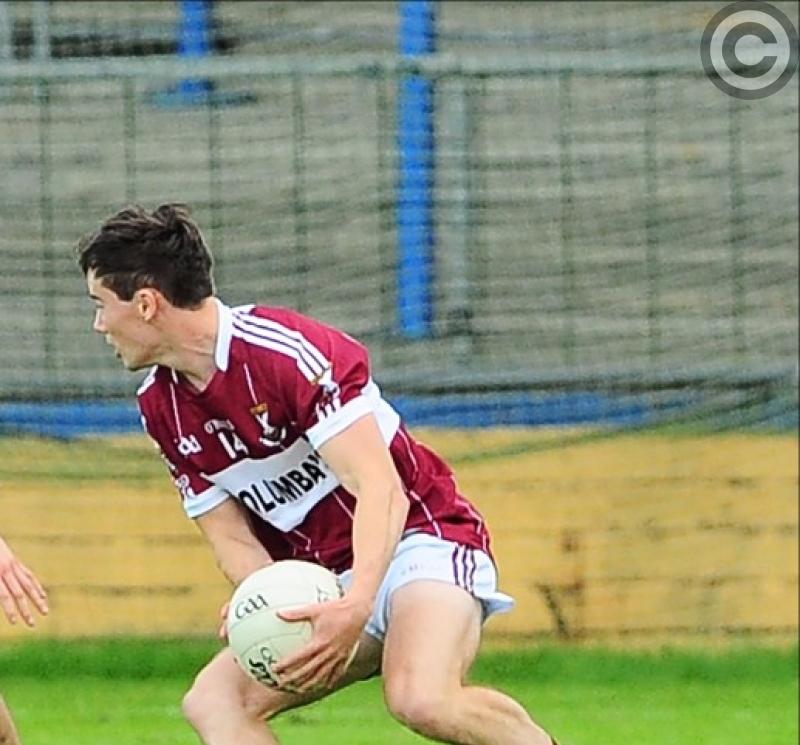 Rian Brady, who scored the crucial goal for Mullinalaghta in the 39th minute of the SFC quarter-final replay against Killoe. Photo: Declan Gilmore

A goal from Rian Brady in the early stages of the second half proved to be the vital factor as Mullinalaghta gradually pulled away to master Killoe at the second attempt and now meet Clonguish in the Senior Football Championship semi-final.

While there was little separating the sides in the first half of the quarter-final replay at Glennon Brothers Pearse Park on Sunday evening with St Columba’s holding a slender 0-6 to 0-5 lead at the break, Emmet Og faded out of contention on the changeover and sorely missed the injured Sean McCormack as many scoring chances were squandered during the course of the game.

That crucial goal in the 39th minute left Mullinalaghta in a comfortable 1-8 to 0-6 lead and they extended their advantage with a further brace of scores from impressive corner-forward Jayson Matthews who ended up with six points (four frees) to his credit.

Whatever hopes Killoe had of staging a dramatic late revival were dashed when Daniel Mimnagh hit the post with a goal attempt in the 57th minute and they were beaten by seven points in the finish.