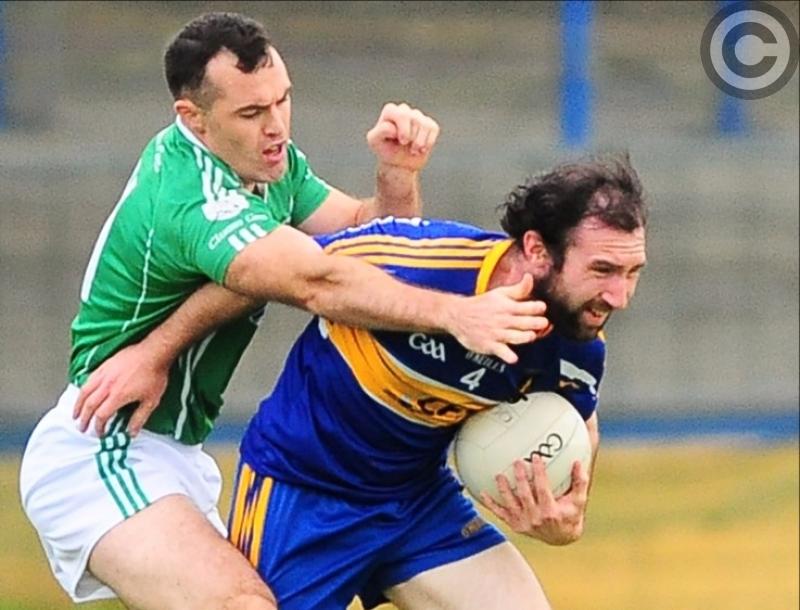 James Mimnagh on the ball for Dromard in this tussle with Clonguish opponent Paul Barden. Action from the Senior Football Championship quarter-final. Photo: Declan Gilmore

Clonguish are through to the Senior Football Championship semi-final against Mullinalaghta or Killoe thanks to a Paul Barden goal midway through the second half of the last eight clash against Dromard at Glennon Brothers Pearse Park on Sunday evening.

The losers suffered a significant setback just before the break as defender Peter Masterson was sent-off after receiving a second yellow card in the 28th minute and it was always going to be a difficult task with 14 players for the entire second half.

Clonguish had established a comfortable 1-14 to 0-11 advantage when Ciaran Williams shot over the bar in the 52nd minute but they failed to register another score as Dromard gradually closed the gap with four points in a row through Francis McGee (three frees) and Jamsie Martin in a brave bid to avoid defeat.