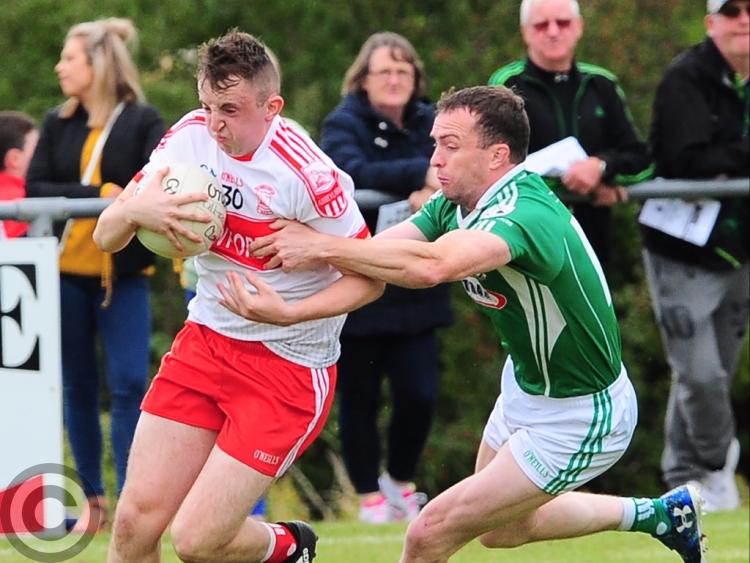 Paul Barden’s goal in the 20th minute of the first half proved the difference as Clonguish defeated Abbeylara by the slender margin of a single point in the Senior Football Championship Group 2 clash at Maguire Park, Ballinalee on Sunday evening.

It was a solid performance from Clonguish who were boosted by the return of Joe O’Brien and Kevin Burke; two important players back in action after injury.

Abbeylara didn’t play as well as they know they can and once again Robbie Smyth was their main man with nine points to his credit.

Just before the final whistle they had a chance for the equaliser but Smyth was unlucky with a free from distance as Clonguish held out for a narrow victory but Abbeylara finished top of the group courtesy of their superior score difference.