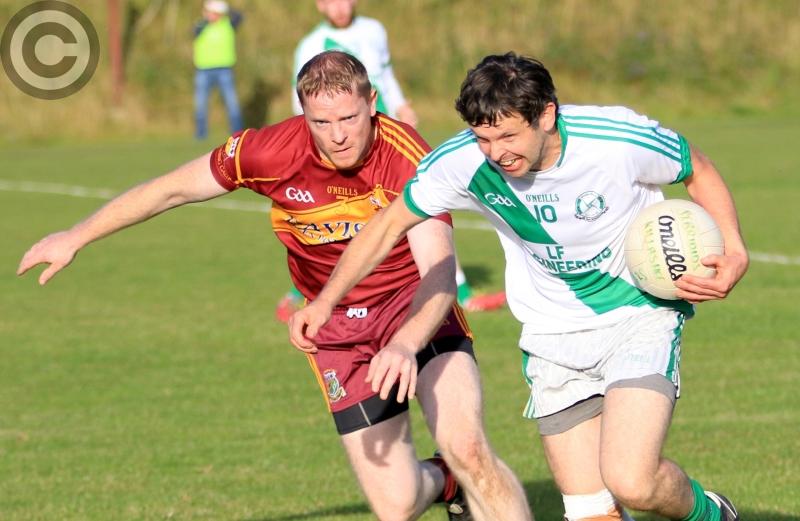 Needing to win by a wide margin in their quest to qualify for the quarter-finals of the Senior Football Championship, Fr Manning Gaels found it difficult to eventually get the better of St Brigid’s Killashee with just three points separating the sides in the finish at the Clonbonny grounds in Lanesboro on Saturday evening.

As it turned out they ended up missing out on a place in the last eight on scores difference to Ballymahon after the sides were deadlocked on five points apiece in Group 3 and the Drumlish/Ballinamuck side have only themselves to blame as they created enough scoring chances to achieve the result they required.

The Gaels now face a relegation play-off against St Mary’s Granard to determine who makes the drop down along with Killashee into the Intermediate Championship next year but it could have been a completely different story had they managed to convert a couple of great goal chances before the break, only to be denied by St Brigid’s keeper Pat Farrell who produced excellent point-blank saves.