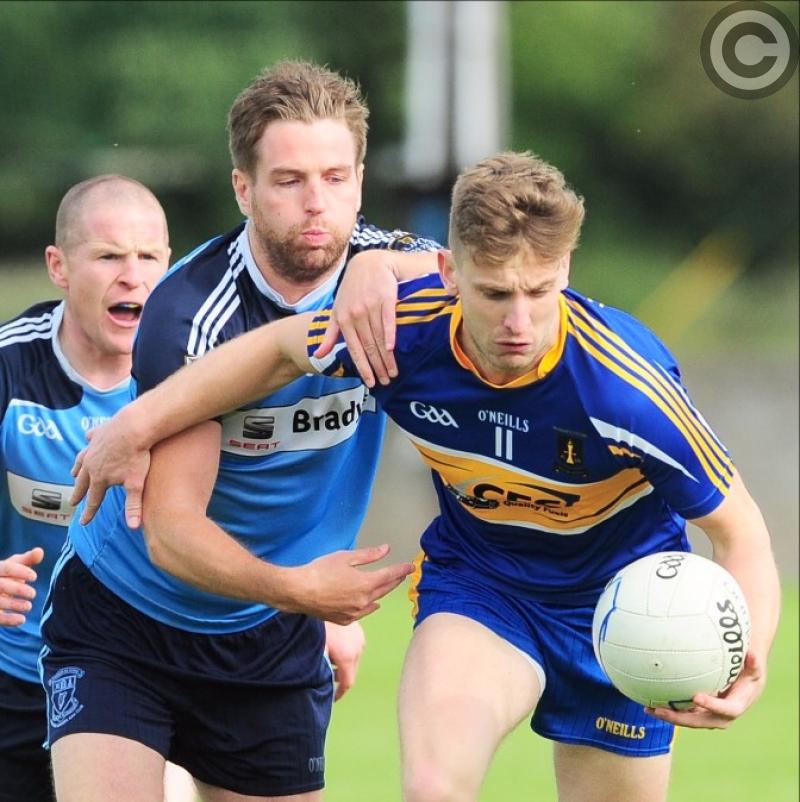 Ronan McEntire on the ball for Dromard in his bid to evade the challenge of Longford Slashers opponent Niall Mulligan in the Senior Football Championship game at Allen Park. Photo: Declan Gilmore

Longford Slashers were knocked out of this year’s Senior Championship as Dromard held on for the win they needed to progress into the quarter-finals.

Dromard produced a strong first half performance in the crucial Group 1 clash at Allen Park, Newtownforbes on Saturday evening and after Cian Mimnagh scored a goal in the 21st minute they ended up leading by a comfortable seven points, 1-8 to 0-4, at the break.

Slashers staged a determined comeback in the second half and with five minutes of the game remaining they had cut the deficit to just one point after Dromard conceded an own goal with Robbie Clarke running in to make sure that the ball ended up in the net.

Emmet Masterson was then on target to put Dromard ahead by two but a pointed free from Colin Smith in the 60th minute meant a very tense finish. Dromard broke with  Diarmuid Masterson firing the ball over the bar and there was no more time left for Slashers to recover.