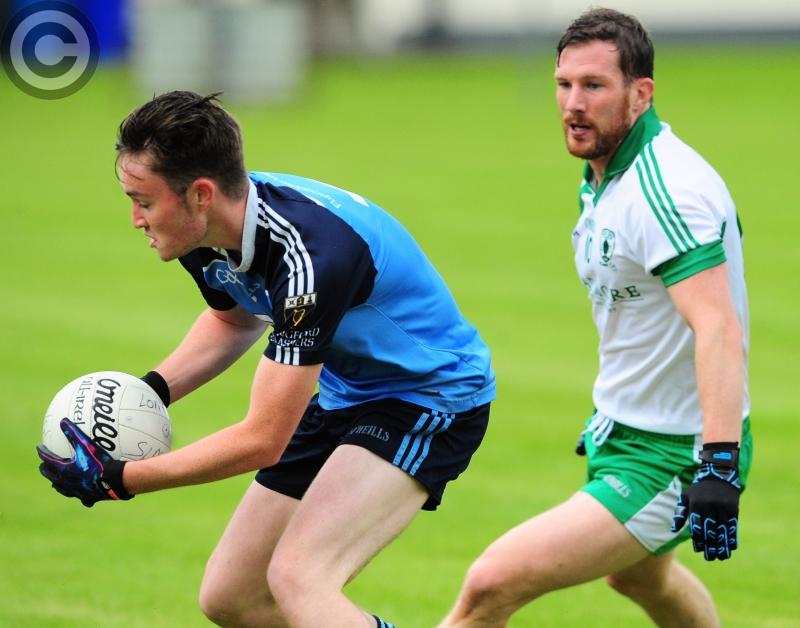 Nine points behind (2-7 to 0-4) when Robbie Clarke scored a cracking goal for Longford Slashers in the 22nd minute of the first half, Killoe showed a lot of character in storming back to snatch a draw in this entertaining Senior Football Championship second round clash played at the Monaduff grounds, Drumlish on Sunday.

Slashers looked like holding out for a surprise win when Colin Smith kicked over a glorious strike from play in the 57th minute to leave his side two points in front but Emmet Og refused to panic and late points from Daniel Mimnagh and Denis McGoldrick (a free in stoppage time) left the sides all square in the finish.

This result means that Killoe are through to the quarter-finals while Slashers will battle it out with Dromard to determine the remaining qualifier from Group 1.