'For an All Ireland, or All Ireland Semi Finals, or Provincial Finals the very minimum should be €1000, plus expenses.' 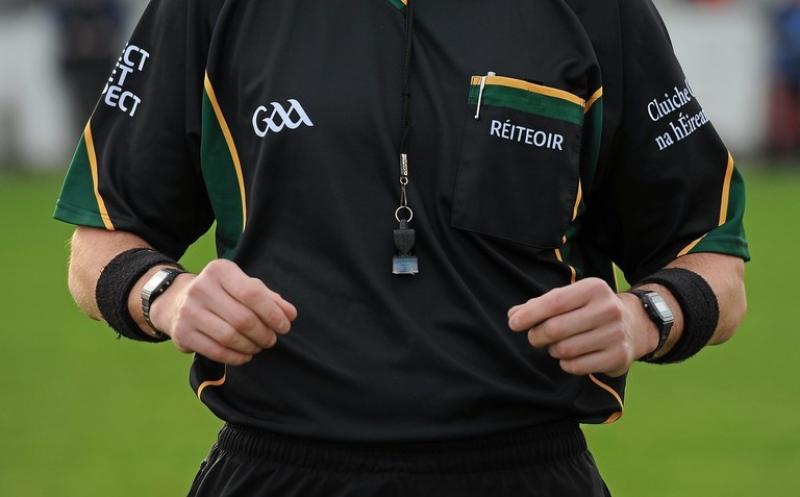 GAA referees should be paid appropriately.

Gaelic referees should be paid a decent and proper appropriate sum per game.

The GAA think it's okay to pay referees very basic expenses, out of which the referee must pay for food for umpires.

The amount paid to referees is absolutely laughable.

Speaking to a friend he made the point that if a ref is sent to Belfast, for example, he has to arrive early to get into the zone, have lunch, and get something to eat afterwards.

The amount paid wouldn't cover it at all.

Referees must really love the challenge of adjudicating on a match otherwise they would not do the job.

I've spoken to a few GAA people about this and every one of them says that refs get paid good expenses. Now I am not exaggerating in saying that it's no wonder we have very few good referees.

Take any inter-county championship game, and think about the responsibility involved.

Think about the criticism levelled at the referee from every quarter. The referee is seldom praised, and if he is, it happens far too seldom.

Few commentators - including this one - will hesitate to identify the referee as being wrong in this or that aspect, yet in the case of the offending referee they really have no forum to respond, and nothing to make them feel wanted.

One of the terrible decisions made by the GAA was to ban all referees over 50 from officiating at games, when they could have improved the standard of refereeing by allocating referees such as John Bannon and Pat McEnaney, to name but two, to Division 3 & 4 games.

Given the standard currently on show in Division 3 & 4, it would make a huge difference to players if they got good, real referees.

Referees will never get rich on the amount paid for refereeing but they should at least be given a fair rate of compensation.

The minimum paid to a referee for inter-county games should be €500 plus travel costs, plus proper food for their umpires.
That's the absolute minimum.

For an All Ireland, or All Ireland Semi Finals, or Provincial Finals the very minimum should be €1000, plus expenses.

Probably €1000 for Provincials, scaled upwards for the All Ireland series.

The GAA should also invest in new footballs for every inter-county game.

It is time to stop the practice of seeing Dún na nGall, Ath Cliath, Gaillimh, or Maigh Eo scratched across footballs as though the GAA didn’t have enough money to buy footballs.