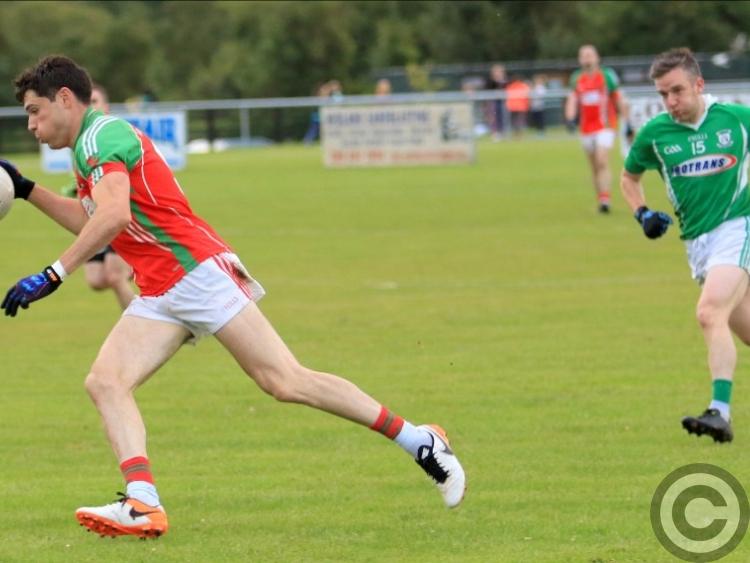 Brian Farrell on the ball for Mostrim with Clonguish opponent Shane O'Brien in pursuit. Action from the Senior Football Championship first round game at Maguire Park. Photo: Syl Healy

In a dramatic finish a couple of late, late goals saw Mostrim triumph as Clonguish crashed to an unexpected defeat in the Senior Football Championship Group 2 first round clash at Maguire Park, Ballinalee on Friday night.

It looked like Clonguish had done just enough to come out on top when Paul Barden fisted the ball over the bar in the 57th minute to lead by 1-13 to 1-11 but David Barden was then sent-off after receiving a second yellow card in the 59th minute.

Down to 14 players, Clonguish was dealt another blow when the alert Darragh Doherty pounced on the breaking ball to score the crucial goal that put Mostrim ahead by the minimum of margins in the first minute of stoppage time.

And Edgeworthstown struck the killer blow a couple of minutes later when Cillian Lynn raced through to plant a cracking shot in the back of the net in ending up with the impressive total of 2-5 to his credit in this great win.