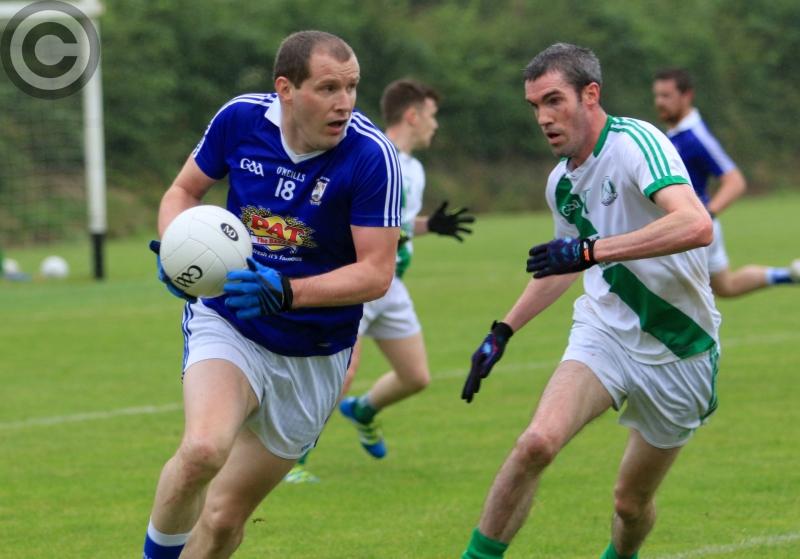 While Granard scored their expected victory over Killashee in the opening round of the Senior Football Championship at Emmet Park, Killoe on Saturday evening last they made hard work of gradually getting the better of last year’s Intermediate title winners.

St Mary’s got off to a great start when midfielder Darren Gallagher weaved his way through to plant the ball in the back of the net with just four minutes gone on the clock and although St Brigid’s were playing catch up for the remainder of the first half they showed a lot of determination to remain in contention.

As it turned out just a solitary point separated the sides at the break as strongly fancied Granard had to settle for a slender 1-5 to 0-7 lead with lively corner-forward Ian Small accounting for three fine points - all from play.

Paul Smyth and Mark Tully were also on target in landing a couple of cracking efforts and St Mary’s should have scored another goal when both Kevin McGauran and Ian Small squandered a glorious opportunity in the same attack midway through the first half.

Having said that, Killashee were dangerous on the break in sticking to their defensive gameplan and on at least two occasions in the first half they broke through with the chance of a goal with a well struck shot from Mark Rossiter deflected over the bar by Granard full-back Thomas Gallagher.

Michael Farrell (free) got the opening score and St Brigid’s notched six more points through Farrell (free), a brace from Francis Dolan (play and free), Rossiter, James Willis and substitute Mel Shanley (a fine strike) to put some doubt in the minds of the St Mary’s players at half-time.

But Killashee were unable to keep it going as they ran out of steam on the changeover and Granard asserted their superiority in eventually pulling away to register a comfortable win in the finish despite kicking a lot of wides.

After Liam O’Rourke had a goal attempt blocked down by Killashee defender Darren Cosgrove, a very good point followed from centre-half-back Vinny Nally before Derek Sheridan shot over the bar.

And whatever hopes St Brigid’s had of springing a shock were completely dashed when they conceded an own goal in the 44th minute, the unfortunate Darren Cosgrove deflecting a Liam O’Rourke effort past the stranded opposing keeper Pat Farrell.

Now trailing by 2-7 to 0-7, there was no way back for St Brigid’s but they battled it out to the bitter end in producing a competitive performance and were rewarded with consolation points from Francis Dolan (free), Mark Rossiter and Cillian Lee (free).

Granard added another three points to their tally through Paul Smyth (free), the generally impressive Liam O’Rourke (free) and Derek Sheridan and will take a very big step in the bid  to reach the quarter-finals should they manage to beat Ballymahon in the next round on Sunday next.