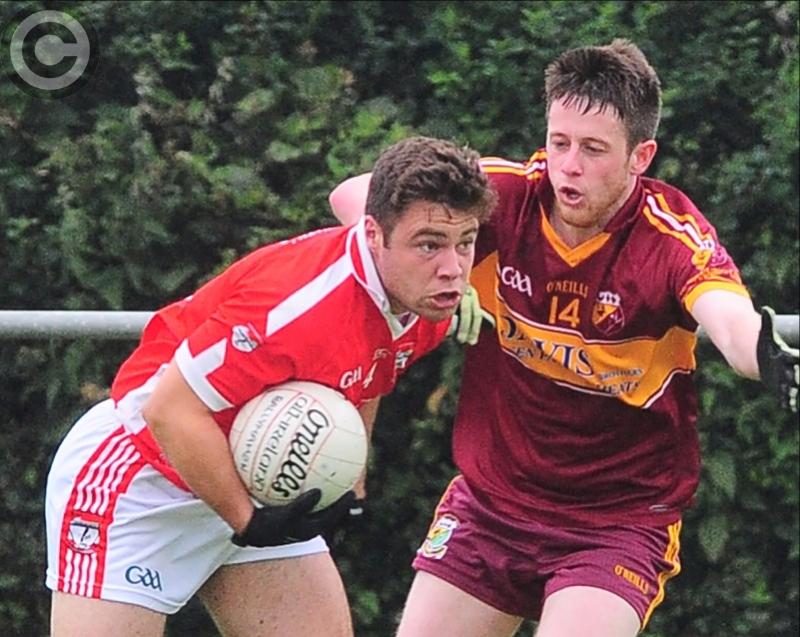 Mark McCormack on the ball for Ballymahon in this tussle with Fr Manning Gaels opponent Petie Collum in the Senior Football Championship first round clash at Keenan Park. Photo: Declan Gilmore

Fr Manning Gaels and Ballymahon finished all square in Group 3 of the Senior Football Championship at Keenan Park, Ardagh on Saturday evening.

Ballymahon, who led by 1-6 to 1-3 at half-time, were a point in front when Colm Flynn converted his fifth free with just four minutes remaining but a confidently struck score from substitute Eoin Keane earned Fr Manning Gaels a draw in the first round clash.

Full match report and pictures in the Longford Leader, on sale on Wednesday, along with a special 2017 Longford GAA Championship football preview supplement