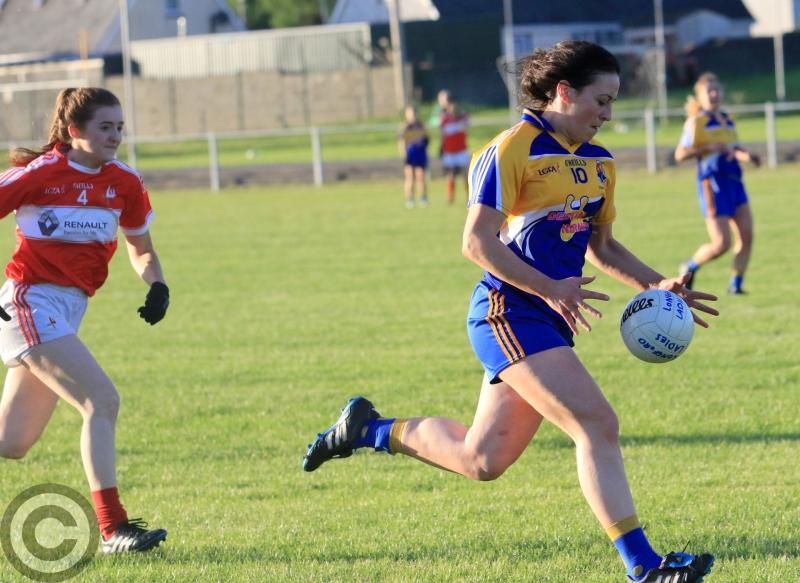 It is a measure of the strength of the current Longford ladies squad that manager James Daly was forced to field a team minus no less than six players who featured in the recent National League Division 4 Final win over Wicklow and still succeed in scoring a comfortable win over Louth in the Leinster Intermediate Championship.

Aisling Reynolds, Aoife Darcy, Aisling Greene, Leanne Keegan, Sinead Hughes and Michelle Kilkenny were all missing due to a combination of holidays and injuries for Longford’s opening game in the championship at McGann Park in Kenagh on Tuesday evening last week and it must be said that Louth (boosted by their narrow win over Offaly in the first round a few days earlier) did pose some problems in the first half.

On a couple of occasions impressive Longford full-back Mairead Moore blocked clear-cut goal chances and right on the stroke of half-time Louth corner-forward Susan Byrne blasted the ball over the bar from a few yards out in squandering a glorious opportunity of finding the back of the net.

Although the home county were guilty of some poor finishing in the first half, they still ended up leading by 2-4 to 0-2 at the break with Michelle Farrell scoring the opening goal with just 30 seconds gone on the clock after receiving the perfect pass from Anna McDonnell.

A well-worked move involving Jacinta Brady and Emer Heaney ended up with Sarah Tierney shooting into the empty net in the 24th minute, after weaving her way past the Louth keeper, while the prolific Michelle Farrell (who scored 1-6 in total) accounted for all four Longford points (two frees) in the first half.

Whatever hopes Louth had of getting back into contention were dashed right at the start of the second half when Sarah Tierney found the back of the net again and Longford added another five points to their tally through Anna McDonnell (2), Michelle Farrell (2) and Aisling O’Hara to run out fairly emphatic winners in the finish.

Louth grabbed a consolation goal in stoppage time when Kate Flood flicked the ball to the net, after a dipping shot from Paula Murray bounced against the post, while their five points in the second half were registered by Susan Byrne, Murray (two frees) along with a brace from Flood (free and play).

Longford now go on to play their second group fixture away to Offaly this Sunday (June 11) in a strong position and are virtually certain to make it through to the Leinster Intermediate semi-final against Meath or Wexford a couple of weeks later.

The championship game v Offaly (1pm) is curtain-raiser to the Mens Leinster SFC quarter-final between Offaly and Westmeath at O'Connor Park in Tullamore (3pm).