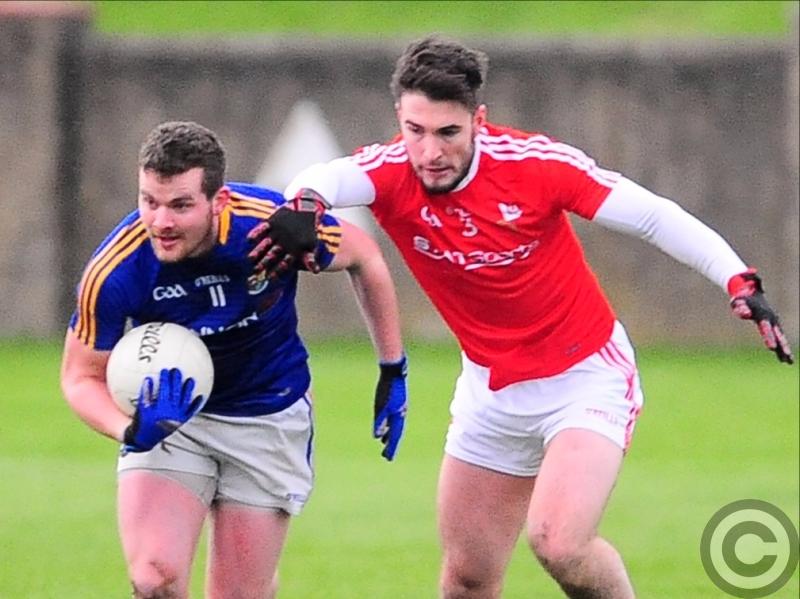 James McGivney on the attack for Longford in this tussle with Louth defender Patrick Reilly. Action from the National League Division 3 game in Drogheda back in February. Photo: Declan Gilmore

Longford have been drawn away to Louth in Round 1A of the All-Ireland Senior Football Championship Qualifiers with the ‘back door’ game at the Gaelic Grounds in Drogheda confirmed for Saturday June 17 with a 5pm throw-in.

The counties clashed at the same venue in Division 3 of the National League this season back in February with Louth holding out for a narrow 0-11 to 0-10 win as Longford almost snatched a draw in Drogheda but were denied by a couple of dubious decisions in a controversial finish.

Louth, of course, went on to gain promotion to Division 2 next season and although they eventually lost to Meath by nine points (0-27 to 3-9) in the Leinster Championship quarter-final at Parnell Park on Sunday last they were well in contention for most of the match and should be in a positive frame of mind for the qualifiers.

Longford are on the road to redemption following their shattering collapse against Laois at O’Moore Park, conceding four goals in a short space of time in the Leinster SFC first round fixture, and the return of key defender Padraig McCormack after serving a suspension is certainly a boost in the bid to prolong the championship campaign.

The complete All-Ireland SFC Qualifiers Round 1A draw is as follows: