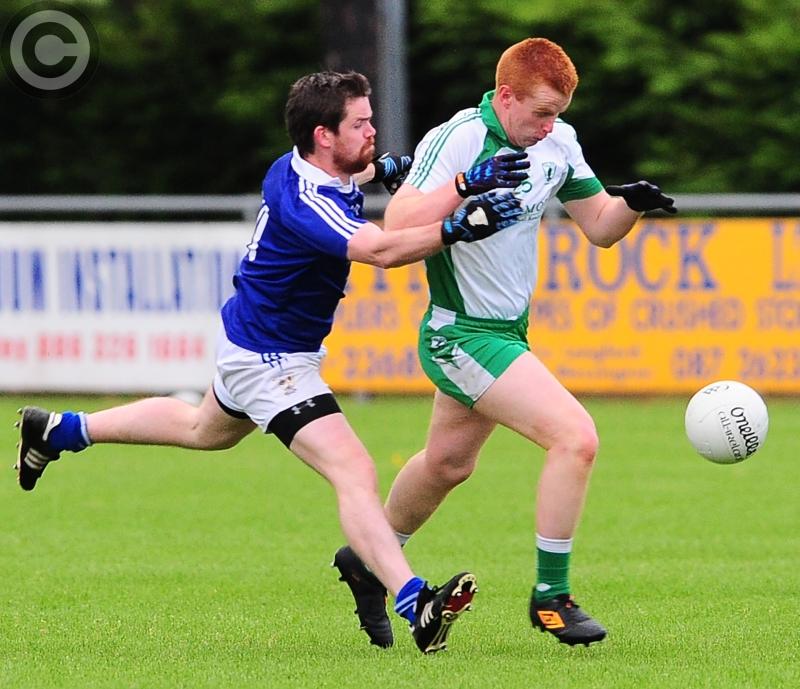 Killoe are going well this season under the guidance of new manager Fergal O’Donnell, the former Roscommon senior supremo, and they registered their fifth victory in a row when they got the better of Granard at Emmet Park on Saturday evening last to remain unbeaten at the top of the Division 1 league table.

All County Football League Division 1 - Round 5

The wide margin of 10 points separated the sides in the finish as Emmet Og punished costly mistakes by St Mary’s. Producing some good passages of play, Killoe took their chances when they fell their way with Mark Hughes in fine form in the attack in linking up well with Sean McCormack on a number of occasions.

Paul Smyth opened the scoring for Granard but Killoe replied with points from Paddy Kiernan, Michael Quinn (’45) – after substitute  keeper Eoghan Mallon pulled off a fine save – and a great Sean McCormack effort.

Ian Small cut the gap to one in the 12th minute but Mark Hughes and Paddy Kiernan hit back with a point apiece for Emmet Og.

In the closing stages of the first half, Killoe opened up a comfortable lead as St Mary’s missed some chances.

Sean McCormack hit over an excellent point in the 26th minute and then moments later Killoe got their first goal when Mark Hughes capitalised on a mistake to shoot to the net and the same player followed that up with a point.

In stoppage time Darren Gallagher converted  a free as Granard trailed 1-9 to 0-5 at the break.

It got worse for St Mary’s in the early stages of the second half as Killoe stretched their lead with two more goals, opening up the Granard defence. Their second goal came in the 32nd minute when Mark Hughes set up Daniel Mimnagh and he palmed the ball to the net.

Their third goal materialised in the 40th minute through Liam Hughes as the lead was extended to 14 points and then Larry Moran fired over a free.

Granard substitute Niall O’Hara was just on the pitch when he hit a neat point and then another replacement Declan Hynes shot over the bar a minute later.

Killoe though responded with scores from a ’45 converted by Michael Quinn along with another good effort from Larry Moran.

Declan Hynes landed a free in the 55th minute and then Thomas Gallagher appeared to get the final touch to direct the ball past Killoe keeper Cillian Burns for a consolation goal for Granard who finished up with a point from Kevin McGauran in the 60th minute.