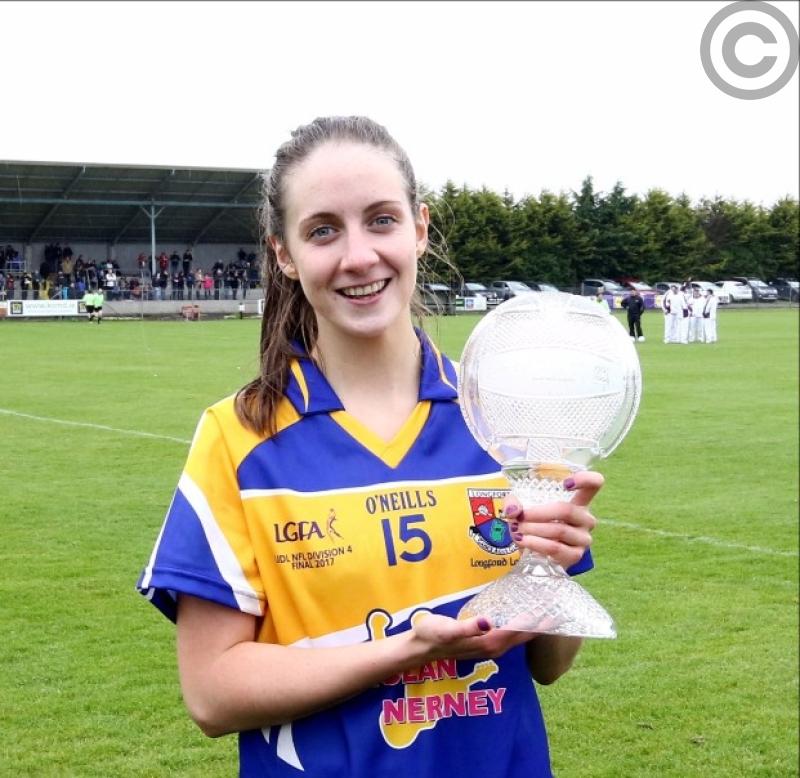 In recognition of her player of the match performance in Longford’s recent win over Wicklow in the Lidl Ladies Football National League Final, Colmcille girl Michelle Farrell won the vote for the WGPA Player of the Month Award for April.

Despite hitting the crossbar four times, the outstanding Michelle still emerged as Longford’s top scorer with a total of 1-5 to earn the nomination for the WGPA award in association with the Sunday Independent and Elverys Intersport, the sponsors of the monthly prize.

The other nominees were Geraldine McLaughlin (Donegal) and Aisling Doonan (Cavan) and the winner of the award was chosen jointly by votes online from the general public, along with a poll among WGPA members, and nearly 3000 votes were cast in April.