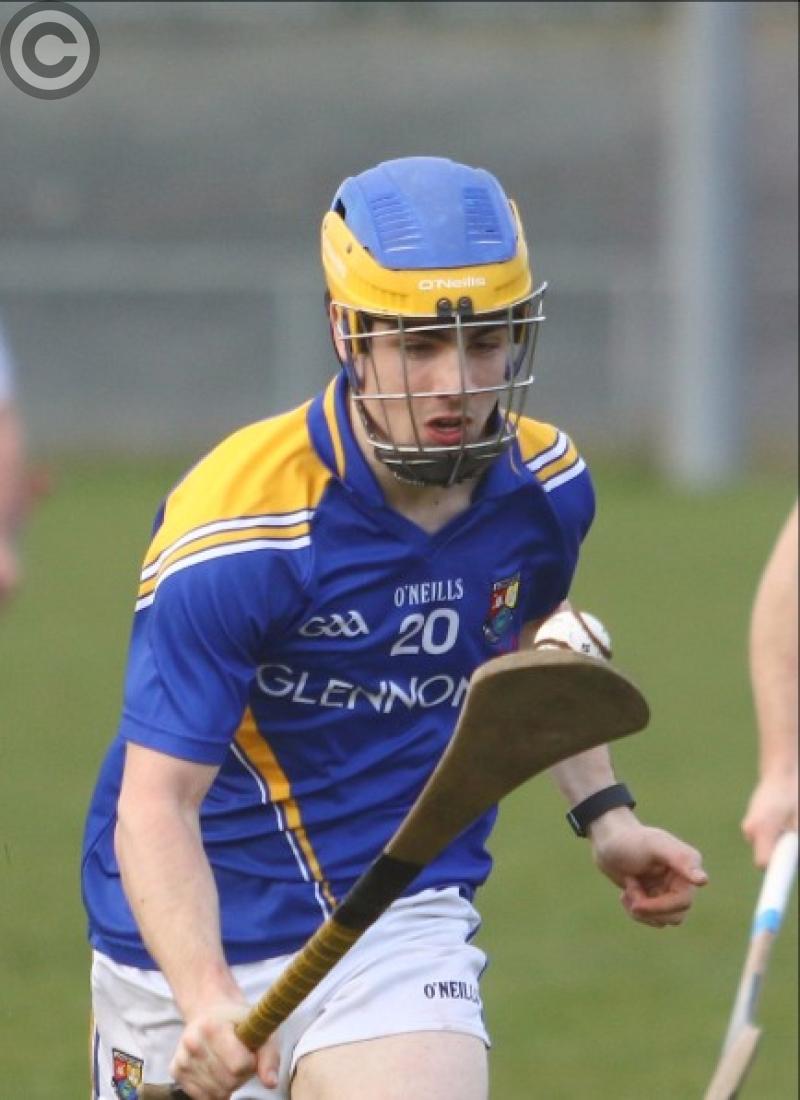 Cian McLoughlin pictured in action for the Longford hurlers.

The Longford senior hurlers suffered a very heavy defeat against a far superior Derry outfit in Round 2A of the Nicky Rackard Cup at the Centre of Excellence in Owenbeg on Saturday last.

While all is not lost for Ray Gavin’s side with a second chance against Armagh in the quarter-final of the competition this Saturday, the county hurlers are facing another very difficult away fixture in Crossmaglen, 3pm.

Derry got off a great start when a penalty was converted by Alan Grant in the first minute and two more goals quickly followed from Slaughtneil duo Brian Cassidy and Gerald Bradley.

Further goals from Brendan Rogers and Cassidy left the rampant home county in a very commanding 5-10 to 0-6 lead at the break but Longford, to their credit, battled back to get some scores in the early stages of the second half including a goal from substitute Eugene Kiernan.

Patrick Walsh emerged as the top scorer for the National League Division 3B champions, firing over a total of eight points (seven frees).

Longford were without Paddy Farrington and suffered another setback when chief marksman Cathal Mullane was forced to retire injured with just twelve minutes gone in the game.

Longford’s tale of woe continued when they were reduced to 14 players after Gerry Moore was sent-off in the 60th minute for a second yellow card.

Brendan Rogers (3-2), Grant (2-5) and Cassidy (2-4) clocked up a massive 7-11 between them as the strong Derry side, relegated from the Christy Ring Cup last year, cruised into the Nicky Rackard Cup semi-finals.

Longford did respond to Derry’s early goal with points from Reuben Murray and Cathal Mullane but a delightful point from the right wing by Rogers showcased the silky skills of the Slaughtneil dual star.

Indeed Rogers then set up Cassidy for a 7th minute goal and a 2-1 to 0-2 lead. Three minutes later Ciaran Steele was fouled and, from Grant’s free, the sliothar ran loose in the goalmouth and Gerald Bradley dispatched it to the corner of the net.

In the 13th minute Grant found the irresistible Rogers on the edge of the square and he drilled the ball to the corner of the net, following up with a point to leave Derry 4-2 to 0-2 ahead.

Cassidy dissected the posts in the 16th and 17th minutes and Patrick Walsh then converted three well struck frees for Longford between the 19th and 32nd minutes.

All the while Derry also kept the scoreboard ticking over. Deep into first half added time, Cassidy turned advancing Longford keeper Conor Gallagher and then planted the ball in the unguarded net before hitting a long range point to complete the first half rout.

Derry made a few  changes for the start of the second half with Brian Óg McGilligan, Chrissy McKaigue and Aaron Kelly all coming on.

With wind advantage, and a period of midfield dominance, Longford had a good third quarter, points from a Patrick Walsh free and team captain Seamus Hannon followed by a scrambled goal by Eugene Kiernan in the 40th minute, and a wondrous point by Hannon from his own ‘45’.

An astute flick set up Rogers for the sixth Derry goal with Longford keeper Gallagher making a fine save to deny Aaron Kelly a goal moments later.

Derry were now scoring freely with Brendan Rogers getting the seventh goal and Alan Grant completed the demolition job to register the eighth goal for the rampant home county.