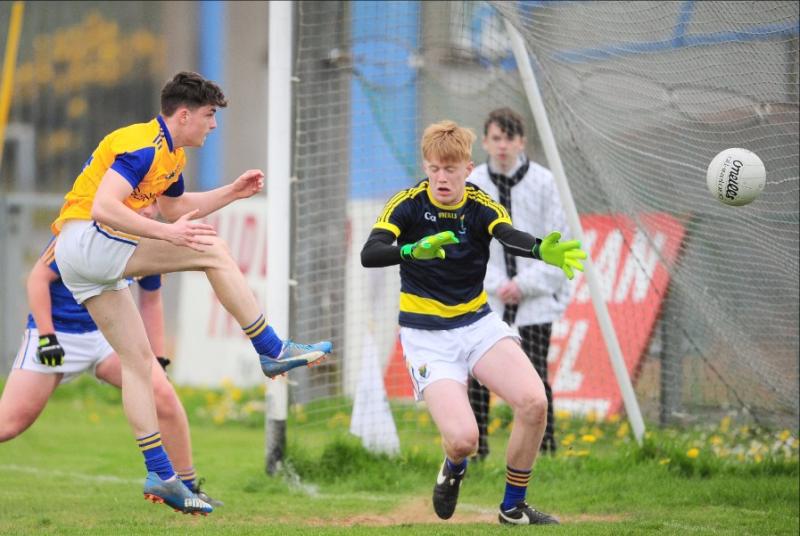 Wing back Shane Farrell was the star of the show as the Longford minor footballers beat Wicklow in the Leinster Championship Round 1 clash at Glennon Brothers Pearse Park on Saturday and can now look forward to the quarter-finals on May 20.

Kenagh kicking king Farrell fired over the impressive total of six points (all from play), four in the early stages of the game, as Longford ran riot to establish a very commanding 1-11 to 0-0 advantage with 26 minutes gone in the first half.

Full-forward Kyle Kenny scored the goal in the 7th minute and it looked all over as a contest with the other points coming from Robbie O’Connell, a brace apiece from Dylan Farrell and captain Ciaran Reilly (one free) with Kenny and Joseph Hagan also shooting over the bar.

But Wicklow, who were very poor in the first half, gradually improved with the introduction of influential substitute Jordan Deans approaching the break making a considerable difference.

The visitors hit back to score three points in trailing by 1-11 to 0-3 at half-time and goals from the dangerman Deans and Padraig O’Toole in the opening minute of the second half put the pressure on Longford whose big lead was gradually reduced to just two points (1-13 to 2-8) thanks to further scores from Wicklow No 14 Gearoid Murphy who ended up with 0-8 to his credit.

The best Longford could manage in the third quarter was a point apiece from Ciaran Reilly and Dylan Farrell but they got back on top with substitute Paddy Duggan landing a crucial score in the 48th minute.

Five more points quickly followed through Ciaran Reilly, along with a further brace apiece from Dylan Farrell and Shane Farrell, to put the issue beyond all doubt.

Wicklow battled it out to the bitter end with Jordan Deans grabbing a consolation goal in the 57th minute.