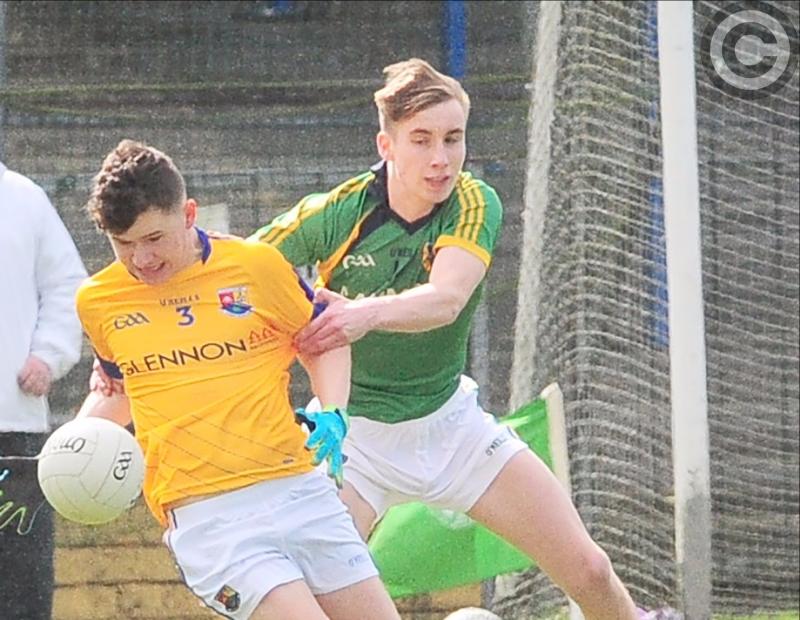 The Longford minors received a championship boost after recording their first win this year in getting the better of neighbouring rivals Leitrim in the Connacht League clash at Glennon Brothers Pearse Park on Saturday last.

Leitrim led at the break by two points but had played with the advantage of a strong wind in the first half and on the changeover it was Longford who were in control in eventually emerging victorious.

Longford got off to a bright start with a well-taken Mel Brady point as well as a Gerard Flynn goal in the early stages in the game but they struggled for scores thereafter against a strong wind and only managed one more point in the first half through a 20th minute free converted by Dylan Farrell.

Leitrim gradually got on top and their first goal materialised in the 26th minute. The tactic of playing the continuous direct high ball into the Longford goalmouth finally paid off as corner-forward Riordan O'Rourke won the breaking ball and finished to the net past the opposing keeper Jack Fox.

Leitrim hit the front for the first time with the goal and then extended the advantage after another O'Rourke score. The visitors went in at half-time holding a slender 1-4 to 1-2 lead but it was clearly evident that they were facing a very difficult task against the wind in the second half.

Wind assisted Longford began to play with confidence on the changeover and after 10 minutes had regained the lead. Ciaran Reilly kicked three of the four points in landing wonderful efforts with Dylan Farrell firing over a free.

A fantastic point from defender Shane Farrell and a well-taken ‘45 from midfielder Patrick Molloy stretched the lead for the home county but an outstanding goal created and finished by wing forward Cillian McGloin brought Leitrim right back into contention. James Clancy then added a point to put the visitors ahead by the minimum of margins.

Longford then stepped up another gear to register 1-5 without reply with three of the points coming from sharp attacker Dylan Farrell as well as a cracking goal from Kyle Kenny that sealed a comfortable victory in the finish.

Longford play away to Mayo in the Connacht League clash in Ballindine on Saturday (2.30pm) in their final competitive game before the Leinster Championship first round tie against Wicklow at Glennon Brothers Pearse Park on Saturday April 22.