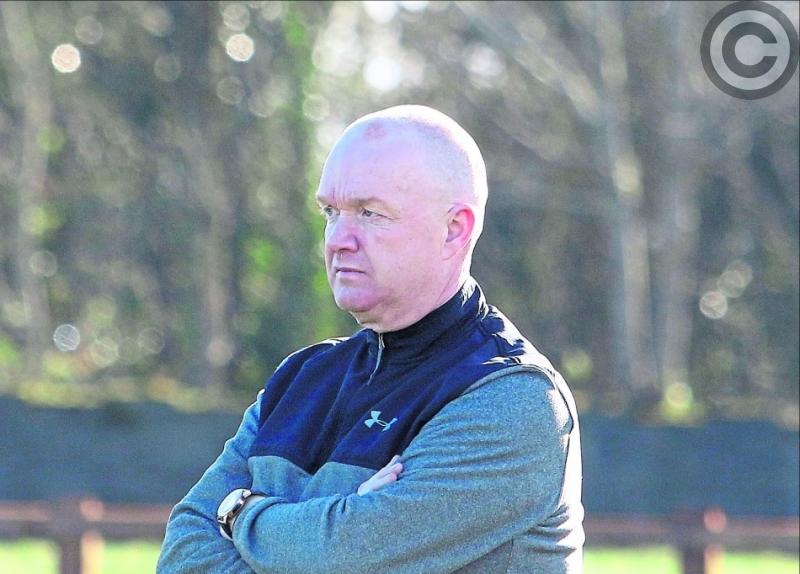 James Daly, the manager of the Longford ladies Intermediate squad.

Longford ended their regulation National League campaign with another win, their seventh in a row, but on this occasion they faced tougher opposition than they had in their previous games with a testing time away to Wicklow on Sunday last.

After inflicting a heavy defeat to Antrim in their opening game it was evident that Longford were too strong for this division. They followed that win up with results in similar fashion and had booked a place in the league semi-final after only three games.

Promotion though won’t be secure for Longford unless they win the Division 4 title. They will face Carlow in the semi-final on Easter Sunday and are the red-hot favourites to reach the decider in setting up a probable  re-match against Wicklow who take on Fermanagh in the other last four clash.

Once again Longford manger James Daly used his squad in this game and tried out players in different positions. For now promotion is the aim for Longford and they will hope to repeat earlier performances to gain a place back in Division 3.

This game in Roundwood was a challenge that Longford needed after coming through other games with such ease. They did have to finish the game with 14 players after Mairead Moore got sin binned in the 54th minute and during that time they scored two points to leave three between the sides  at the end of this tight contest.

Throughout this game Longford didn’t have it their own way and were made work for their scores. They fired over four points in the first half whereas Wicklow could only manage a solitary score as they trailed by 0-4 to 0-1 at the break.

The game was level early in the second half but Longford got the goal that proved to be crucial through Emer Heaney. Wicklow tried in vain to get scores and they did cut Longford’s lead but James Daly’s side were able to get important points in the closing stages to clinch the hard earned victory.