Killoe, Mullinalaghta, Slashers and Dromard will clash in the group stage of the 2017 Longford Senior Football Championship 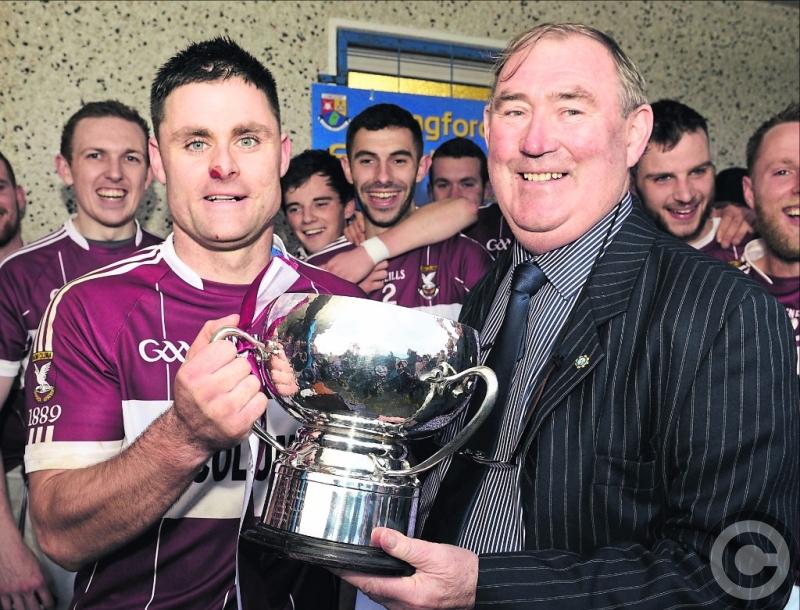 The eagerly awaited 2017 Longford Football Championship draws took place on Tuesday night in Arás Uí Bhriáin, Glennon Brothers Pearse Park and the round-robin groups in the battle for the coveted Connolly Cup have thrown up some very interesting games.

Current county champions Mullinalaghta St Columba’s Mullinalaghta are joined in Group 1 by the clubs who shared six county titles from 2010 to 2015, notably Killoe Emmet Og and Longford Slashers, and completing the Group 1 minefield are 2007 champions Dromard.

St Columba’s and Emmet Og would be considered to be the leading contenders for Connolly Cup honours this year while Longford Slashers and Dromard will be quietly confident of making further progress so there will be no easy games in this so called ‘group of death’.

Former Roscommon manager Fergal O’Donnell is now in charge of the Killoe side so they have signalled their title  intentions with that high profile appointment. The opening fixtures in Group 1 are Dromard v Killoe Emmet Og and Longford Slashers v Mullinalaghta St Columba’s.

Abbeylara will be hoping it will be a case of third  time lucky for them this year after losing to Killoe Emmet Og (2015) and Mullinalaghta St Columba’s (2016) in the last two county finals. Abbeylara are now under the guidance of new manager,  Mullahoran’s Danny Brady, and they are in Group 2 along with Clonguish, Mostrim and Carrickedmond.

Clonguish and Abbeylara will once again clashed in the championship after meeting in the 2015 semi-final and 2016 quarter-final and Dermot McCabe’s side will be going all out for revenge after losing both those games.

The first fixture for Abbeylara will see them come up against former player and manager Maurice O’Connor, who is now in charge of Carrickedmond.

The other game will see Mostrim take on Clonguish. Mostrim have some fine young players and had a good league campaign last year on their way to reaching the Leader Cup quarter-finals.

The top three teams in Group 1 and 2 will qualify for the quarter-finals.

The top two teams in Group 3 will qualify for the quarter-finals.

There are two groups of 4 in the Intermediate Championship with last year’s beaten finalists Cashel in Group 1 along with 2015 champions Rathcline. These two sides meet in the first game.  Young Grattans and Legan Sarsfields are the other sides in Group 1 and they clash in Round 1.

The top two teams in Group 1 and 2 will qualify for the semi-finals.

In the Intermediate B (formerly Junior Championship) there is just one solely Junior club; Shroid Slashers. They are in Group 2 along with Ardagh/Moydow and Young Grattans. Group 1 consists of Colmcille, Rathcline, reigning champions Killoe Emmet Og and Cashel while Sean Connolly’s, Abbeylara and Kenagh make up Group 3.