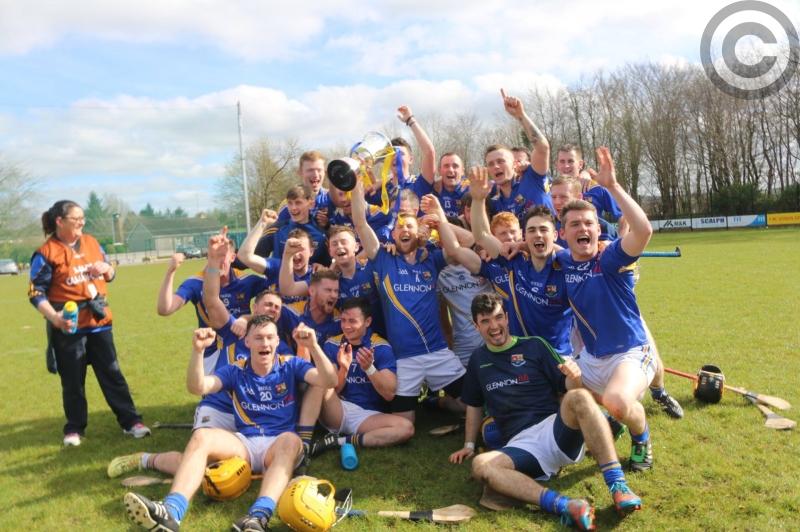 Beaten in the final of this competition for the past two years, it eventually came good for the Longford senior hurlers who showed remarkable resilience to get the better of Warwickshire after extra-time in a cracking contest on Sunday.

The National League Division 3B title decider was switched to Carrickmore in Co Tyrone  with the original venue of Healy Park in Omagh declared unplayable and goals from Reuben Murray and Conor Keegan provided the platform for the Longford victory by the narrow margin of two points at the Éire Óg Hurling Club.

Ex-Antrim star Liam Watson fired 2-13 for Warwickshire, who forced extra-time thanks to an injury-time goal from substitute Kelvin McGee from Down, on a 2-17 apiece score-line. Delvin's Paddy Farrington registered Longford's two other goals in normal time.

Just six points came from placed balls for the eventual winners - all from the stick of Cathal Mullane, with the Limerick native also firing one from play in the 27th minute.

Farrington netted the opening goal in the 20th minute, with Longford handed a 1-5 to 0-6 lead at this stage, but a Watson goal tied the game at 1-8 apiece seven minutes later.

Defences were on top in the closing stages of the half but Warwickshire edged a 1-10 to 1-9 interval lead.

Warwickshire built up a 1-13 to 1-9 lead inside nine minutes of the restart, although their lead could have been greater but for three wides after the interval, and also some good defending by Longford keeping them at bay.

Farrington's second goal came in the 45th minute, to cut the gap to the minimum, and with four unanswered points, including two from play from Paul Barden, Longford moved four points clear.

The lead could have been greater, but Karl Murray had a goal disallowed, after his long range free finished up in the Warwickshire net, but Longford were penalised for having players in the square.

Longford keeper Breen Elliott, and his Warwickshire counterpart Michael Cremin pulled off some fine saves throughout the game.

Longford led by five points with 90 seconds of normal time remaining, but a brace of frees from Watson, and a 75th minute injury-time goal from Kelvin McGee forced extra-time.

Scores were at a premium in the first period of extra-time, with Liam Watson registering the lone score, as Warwickshire led 2-18 to 2-17 at half-time.

Three goals in 90 seconds ensured a 4-17 to 3-18 score-line in Longford's favour three minutes after the restart, with Reuben Murray and Conor Keegan on target for Longford, and Watson firing the Warwickshire goal.

After the game Longford captain Seamus Hannon from the Wolfe Tones club was presented with the Division 3B Cup.