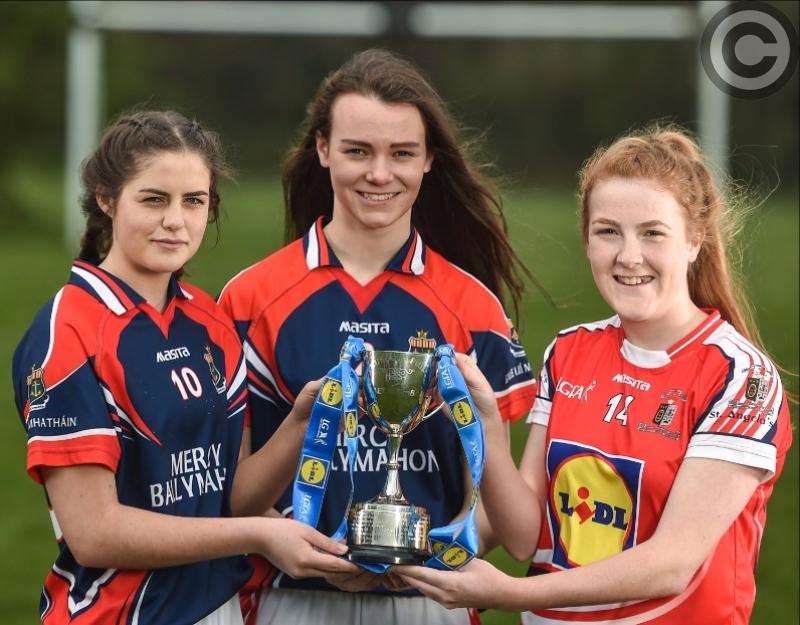 A wise man once told Niamh Egan that “it takes losing an All-Ireland Final to really appreciate winning one.” That man was Tyrone football legend Peter Canavan and it’s a line Egan has been using to help inspire the Mercy Ballymahon Secondary School U-16 girls team.

The Ballymahon SS students take on St Angela's Ursuline Secondary School, Waterford in the All-Ireland Post-Primary Schools Junior ‘B’ title decider at the Clane GAA grounds, Co Kildare on Sunday next (throw-in 3pm) and joint manager Niamh is hoping the pain of last year’s defeat in the U-16 ‘C’ final can spur them on to victory on this occasion.

“One of the lines we have been using came from when I interviewed Peter Canavan and he told me “it takes losing an All-Ireland Final to really appreciate winning one.” I keep saying that to the girls. We weren’t ready for the All-Ireland Final last year; not in our preparation but in their maturity as players. I hope the experience of last year will really stand to us this weekend.”

After securing their place in the final Egan and the other joint manager Sean Bohan went along to watch their opponents Ursuline, Waterford in the other All-Ireland semi-final. She is hoping by doing their homework Ballymahon Secondary School can pass the test on Sunday.

“They have two very good midfielders and a very strong half-forward line. I would like to think having a bit of homework done we will  be able to counteract the moves that we saw from them. We thought Mercy Tuam would win the semi-final but they had three players sin binned.  The Waterford outfit  are a balanced side. They won an All-Ireland Camogie title a few weeks ago and also won a Munster Hockey title a couple of weeks before that so they are very athletic.”

Ballymahon SS had a very easy 10-15 to 5-3 win over Monaghan school Colaiste Oiriall in the semi-final. Star forward Sarah Dillon was back in action after recovering from a long-term injury and the Milltown girl made her presence felt right from the start. Egan believes that with a fully fit squad of players Ballymahon SS will be hard beaten.

“We have said it all along that if we had a full team selection available we would be a really formidable outfit. We definitely have scoring options and have the ability. The great thing against Colaiste Oiriall was that the girls took the right options.”

Sarah Dillon scored 6-2 in producing an outstanding performance against Colaiste Oiriall but Ballymahon SS have quality all over the field, most notably in their forward line: “We have such an array of attackers that can take responsibility for the score taking.  One thing that we have worked on this season has been our movement off the ball. Against Colaiste Oiriall that off the ball running was so effective in our support play,” stated Niamh.

Niamh Egan has been involved with this team for a number of years and has watched them grow and mature on and off the field. She’s hoping they can come of age on Sunday and claim an All-Ireland title. “So much of it now is personality and how to get the best out of them when they take to the pitch. We have matured since last year but a lot of it will come down to our performance on the day; we have to play to our potential. There is a real desire there at the moment to succeed and hopefully it will happen for us.”