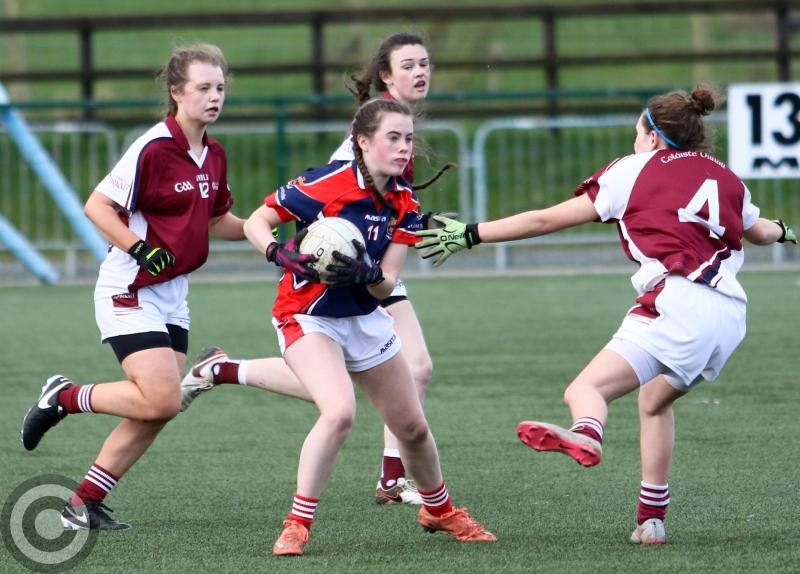 It was far too easy for Mercy Ballymahon Secondary School as they cruised into the final of the Ladies All-Ireland Junior ‘B’ Post-Primary Schools Championship following a landslide win over Monaghan opponents Colaiste Oiriall and the opposition in the title decider on Sunday April 2 will be Ursuline Secondary School, Waterford.

The south Longford school dominated the game from start to finish at Breffni Park (3G pitch) on Monday last and were superior in all areas of the field. Sarah Dillon was their main player. Their forward line were clinical, their backs tight while Aisling McCormack commanded the midfield area.

Dillon, who returned from a serious injury, was in superb form for her school and it was her five first half goals that set Ballymahon on their way. She got three of them within the opening five minutes of the game.

Colaiste Oiriall didn’t open their scoring until the 17th minute; a point from Chloe Ni Ghiolla Bhride. At that stage in the game Ballymahon were ahead by 19 points.

It was all over at half-time with the Leinster champions in an unassailable 9-10 to 1-2 lead.

The Monaghan school did add four goals to their scoreline in the second half to put some respectability to the scoreline as Ballymahon SS introduced a number of substitutes.

Straight from throw-in Ballymahon had a goal chance but Aisling McCormack’s shot just went wide. In the second minute Sarah Dillon made no mistake scoring her first goal from a tight angle. She got her second and third goals minutes later.

Ciara Foxe and Dillon then added points. In the 12th minute Zoe Guinnane  got Ballymahon’s fourth goal. Foxe added two points and then Ciara Mulligan pointed to give Mercy a 17 point lead.

In the 15th minute Sarah Dillon raised the green flag for the fifth time as she got her side’s fourth goal. After being completely outplayed Colaiste Oiriall got their first score of the game in the 17th minute. That was wiped out when Dillon got another point for Ballymahon.

Ballymahon SS added on four more goals before the break while Colaiste Oiriall scored 1-1 as Ballymahon went in at the break a staggering 32 points ahead.

It was always going to be tough for Ballymahon to keep up the same level of performance in the second half.  Colaiste Oiriall got their second goal in the 37th minute through Caoimhe Nic an Bhaird but Ballymahon replied with a goal from Sarah Dillon and points from Aisling McCormack and Ciara Healy (free).

Colaiste Oiriall got two goals in quick succession and further consolation scores followed from a point  by Laura Ni Dhroma with Nic an Bhaird scoring  her third goal in the 58th minute.