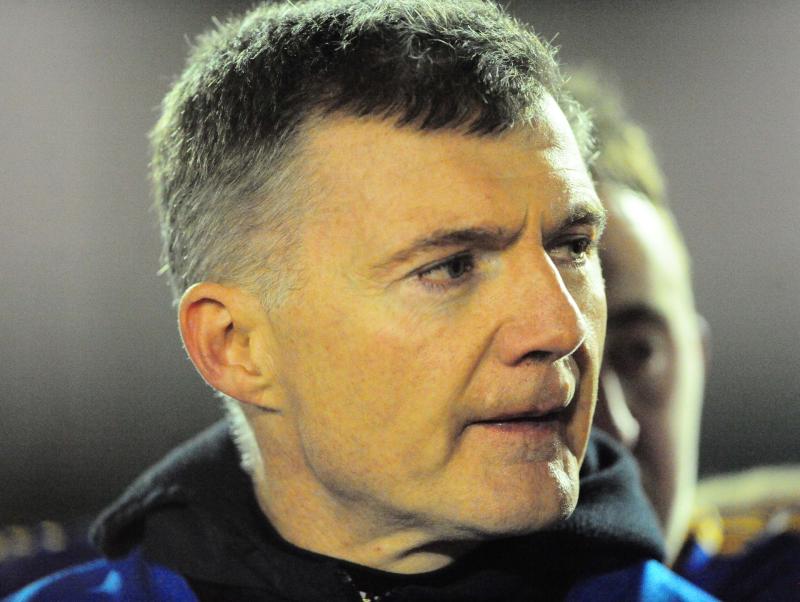 Frank McNamee, the manager of the Longford U-21 squad.

Facing a real uphill battle when they trailed by a point at the break (0-4 to 0-3) after playing with the advantage of the strong wind in the first half, whatever hopes Longford had of springing a shock against the red-hot favourites Dublin in the semi-final of the Leinster U-21 Football Championship were shattered when they conceded a couple of gift goals on the changeover.

Costly mistakes were punished by Con O’Callaghan who shot to the net with less than two minutes gone in the second half and the lethal Dublin full-forward punished another blunder in the Longford defence to score a killer second goal in the 38th minute.

A member of the Cuala hurling team that won the All-Ireland Club Senior Championship title on St Patrick’s Day, rising dual star O’Callaghan inflicted the bulk of the damage in clocking up the impressive total of 2-5 (three frees) in difficult wet and windy conditions at Lakepoint Park in Mullingar on Wednesday night.

While Dublin (who now meet Offaly in the final next week) were unquestionably the superior side and used their greater physical strength in the first half to establish a grip on the game, ultra defensive Longford still managed to enjoy considerable possession and would have been in front at the break but for shooting six wides.

The best they could manage was three points, a brace from Rian Brady (free and play) with David McGivney landing a cracking long range strike approaching the half-time whistle, and the midlanders were left to rue a missed goal chance in the 24th minute when a shot from Nigel Rabbitte was blocked down.

Con O’Callaghan (2) and Chris Sallier (2) shared the four points in the first half for Dublin, who were forced to field minus senior panellist Colm Basquel who was ruled out due to injury.

While Longford captain Shane Kenny started at centrefield, a recurring shoulder injury (sustained in the win over Kildare in the previous round) forced him to retire at half-time and he was replaced by Conor Berry who surprisingly did not make the first fifteen.

After the Dublin goals materialised it was all over as a contest but Longford, after trailing by 2-10 to 0-5 with just eight minutes remaining, must be given credit for battling it out to the bitter end and their perseverance was rewarded with consolation points from David McGivney (two frees), Aidan McElligott and Dessie Reynolds.