Longford minors beaten again but make it difficult for Galway 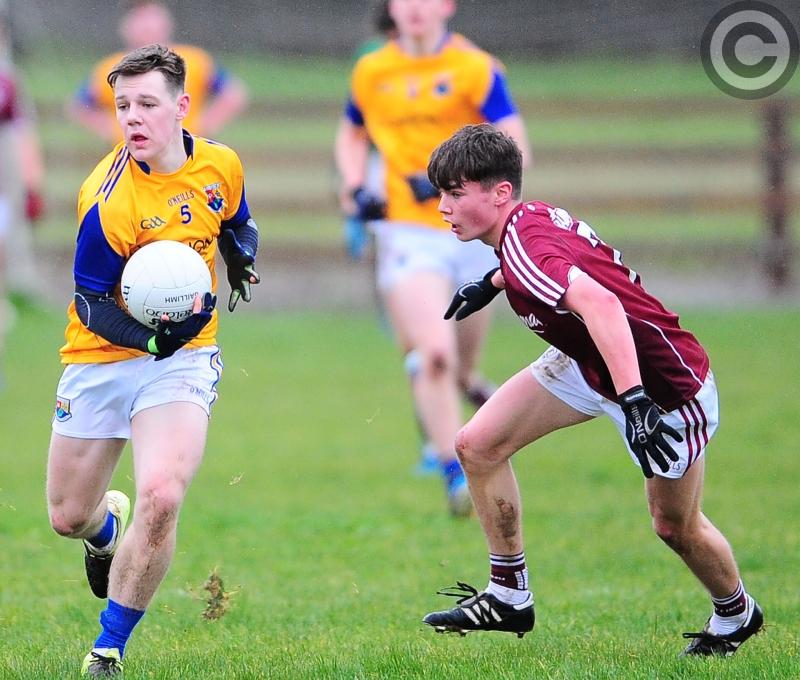 Shane Farrell pictured in action for the Longford minors against Galway in the Connacht League game at the Clonbonny grounds, Lanesboro on Saturday last. Photo: Declan Gilmore

Longford minors suffered their third defeat in the Connacht League this season when they lost out to Galway at the Clonbonny grounds, Lanesboro on Saturday last.

The home county were 0-8 to 0-5 ahead at the break but Galway gradually got on top in the second half to win by five points in the finish.

Longford produced an improved performance from their previous outings and threatened to win the game. The final scoreline flatters Galway as Longford could have emerged victorious in this highly entertaining encounter with their goal coming from a penalty converted by Joe Hagan.

Full report in the Longford Leader, on sale on Wednesday next