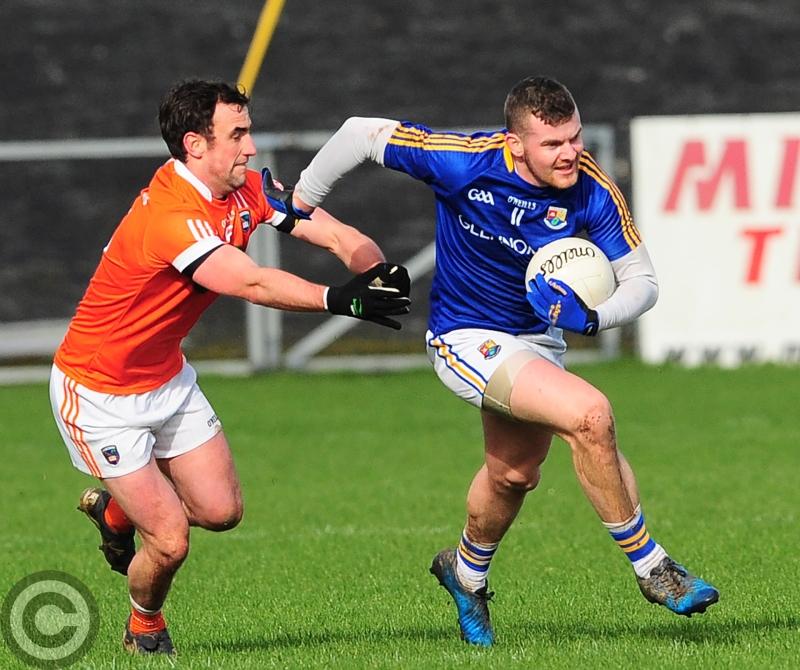 James McGivney on the attack for Longford against Armagh. Action from the National Football League Division 3 game on Sunday last. Photo: Declan Gilmore

It could have been so much different for Longford in the current National Football League campaign following another narrow defeat against Armagh at Glennon Brothers Pearse Park on Sunday last.

It was the same story in the showdown against Louth in the previous round when Denis Connerton’s side staged a determined comeback in Drogheda but ended up with nothing and they certainly cannot afford another bad start when they take on Tipperary on Sunday next.

Semple Stadium is the venue for the Round 4 fixture (throw-in 1pm), part of a double header with the Tipperary hurlers National League game v Clare (3pm), and Longford will be hard pressed to achieve a positive result.

With three of their remaining four league games away, a very tough battle has now developed in the quest to consolidate Division 3 status and should Longford happen to suffer another setback in Thurles then relegation will become a serious threat.

Having said that, in such a tight league the midlanders will be back among the promotion contenders if they can manage to emerge victorious on Sunday against a talented Tipperary team who played remarkably well to reach the All-Ireland SFC semi-final last year.

Longford, of course, beat Tipperary 1-17 to 1-11 in the corresponding Division 3 fixture at Pearse Park last season and might not have to deal with All-Star attacker Michael Quinlivan on this occasion.

Full-forward Quinlivan was forced to retire injured after 25 minutes of the Round 3 league game at O’Moore Park on Saturday evening last but Tipperary, having led by the minimum of margins at the break, were still good enough to go on and beat Laois by the comfortable margin of six points in the finish.

That is a clear indication of the strong squad that Liam Kearns is currently working with and the Tipperary manager was a very interested spectator at the Longford v Armagh game on Sunday last.

Kearns would have been impressed by the gutsy manner in which Longford battled their way back from eleven points down (2-7 to 0-2) at one stage of a remarkable game in almost getting a result and he will be wary, particularly after the surprise defeat his side suffered at home to Sligo in the league this season.