Longford U-21s cause upset in great win over Kildare 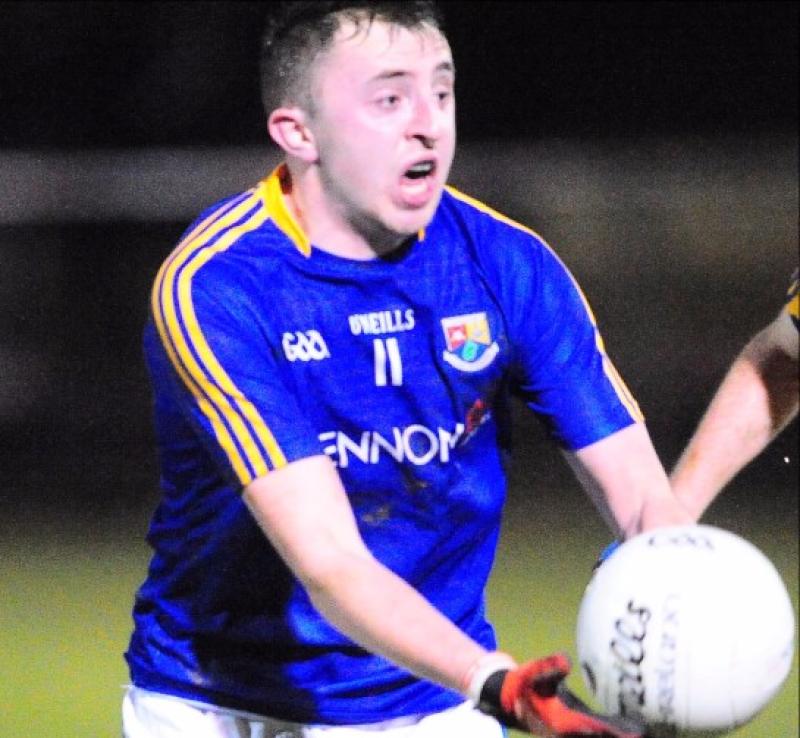 Nigel Rabbitte, who scored the two goals for the Longford U-21s in the great win away to Kildare in the Leinster Championship.

Inspired by a couple of decisive goals in the first half, both scored by centre-half-forward Nigel Rabbitte, the gutsy Longford U-21 footballers caused a big upset to score a great win over a much fancied Kildare side.

The Hawkfield Centre of Excellence on the outskirts of Newbridge was the venue for the Leinster U-21 Championship quarter-final on Wednesday night and while Longford led by the comfortable margin of eight points (2-3 to 0-1) at the break, Kildare came storming back with the advantage of the strong wind in the second half.

Losing midfielder and captain Shane Kenny to a shoulder injury with 21 minutes gone in the first half was a big blow but his replacement Conor Barry went on to play a leading role in the eventual victory that earns the underdogs Longford a crack at the title favourites Dublin in the semi-final on Wednesday March 22 at a neutral venue to be confirmed.

Although Nigel Rabbitte got through to score well-taken goals in the 6th and 12th minutes, the visitors were guilty of some poor finishing in the first half in shooting a total of seven wides but defended brilliantly throughout the game to make it through to the last four

Rian Brady, Shane Kenny and David McGivney (free) accounted for the Longford points in the first half with the solitary Kildare score coming from a close range free converted by Paddy Woodgate in the 23rd minute.

Benefiting from some very harsh decisions made by Louth referee Stephen Murphy on the changeover, much to the anger of the loyal Longford supporters who braved the bad weather, Woodgate went on to fire over five more points in a row between the 32nd and 40th minutes.

That was really putting it up to Longford, who were under a lot of pressure, and four more Kildare points followed through wing back Stephen Comerford (their first score from play in the 41st minute), a brace from substitute Cian Costigan (free and play) before another replacement Jack Robinson shot over the bar to leave the lilywhites 0-10 to 2-3 ahead in the 50th minute.

That appeared to be the end for Longford but they showed fierce courage to rescue the situation with Conor Berry bursting his way through for the equalising point in the 51st minute - the first score of the second half for Frank McNamee’s side.

A second cracking point from Berry in the 56th minute put Longford back in front and they clinched a famous victory when another substitute Jayson Matthews shot over the bar entering stoppage time.