Armagh hold out for narrow win over Longford in dramatic match 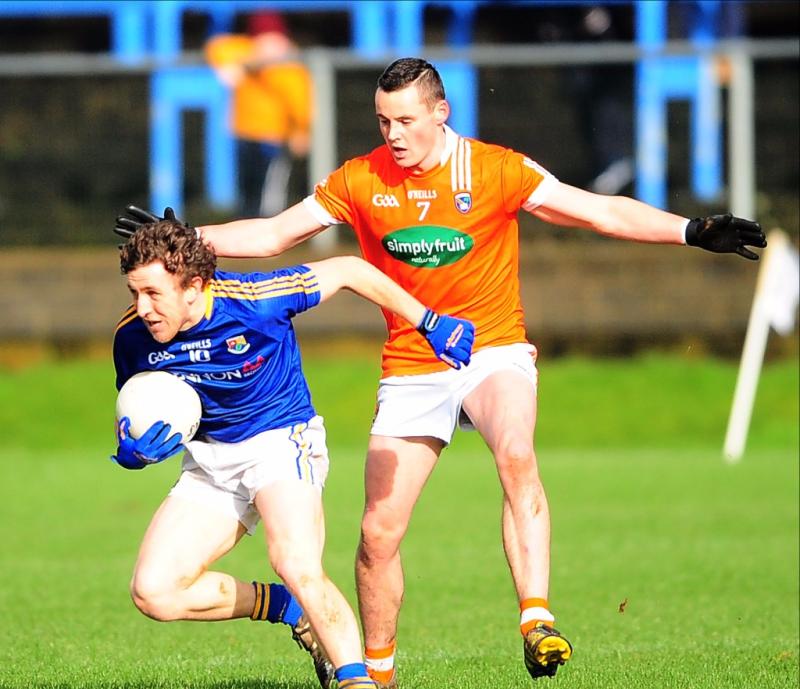 Eleven points down (2-7 to 0-2) in the closing stages of the first half before a cracking goal from Liam Connerton in the 34th minute gave them a glimmer of hope, Longford staged a great comeback against Armagh in almost salvaging the situation.

In a dramatic action-packed match at Glennon Brothers Pearse Park on Sunday that was almost postponed due to the bad weather, Armagh held out for a narrow win after looking home and dry when full-forward Stefan Campbell scored their third goal with just 30 seconds gone on the changeover.

That left the visitors in a commanding 3-7 to 1-4 lead and there appeared to be no way back for Longford who suffered a couple of further setbacks when Donal McElligott (53 mins) and Robbie Smyth (55 mins) were dismissed for black cards, not forgetting the glorious goal chances that were wasted by Liam Connerton (42 mins) and Michael Quinn (49 mins).

After gifting Armagh a goal in the first half with Jamie Clarke also finding the back of the net, Longford got a present themselves in the 60th minute when a harmless looking shot from James McGivney was fumbled over the line by the opposing keeper Blaine Hughes to leave just four points (3-8 to 2-7) separating the sides.

Armagh then battled back to consolidate their grip on the game with a couple of crucial scores from frees converted by Stefan Campbell and when Dermot Brady was sent-off for a second yellow card offence in the 65th minute that appeared to be the end for Longford.

But the gutsy home side showed a never-say-die spirit to produce a strong finish that yielded 1-2 with Larry Moran scoring a well-taken goal in the 68th minute, only to become the third Longford player to be shown a black card moments later.

A point from Barry McKeon left just the minimum of margins (3-10 to 3-9) separating the sides and while there was five minutes of additional time, Armagh regained their composure to stick it out and clinched a vital victory when Rory Grugan fired over a free close to the final whistle.

Denis Connerton must now lift his players for another tough task away to Tipperary in Thurles on Sunday next, 1pm.