Longford hurlers beat Leitrim to remain on course for promotion 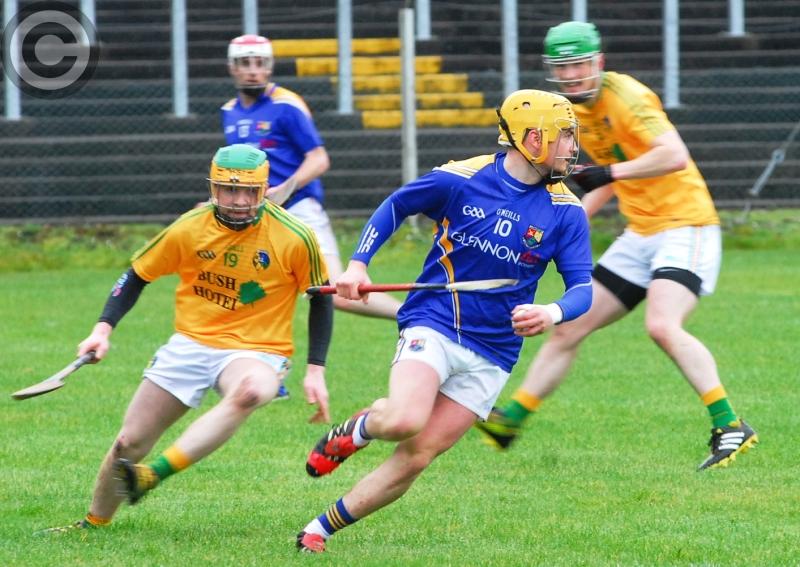 Johnny Casey pictured in action for Longford against Leitrim in the National Hurling League Division 3B game at Pairc Sean MacDiarmada, Carrick-on-Shannon on Sunday last.

Longford senior hurlers produced the good, the bad and the ugly as they scored their second win in the National League Division 3B after withstanding a fierce Leitrim fightback at Pairc Sean Mac Diarmada, Carrick on Sunday last.

Dominant Longford had built up a big 15 point lead early in the second half but two Leitrim goals in the space of a couple of minutes reignited a game that had seemed all over as a contest.

Cathal Mullane was a real inspiration for Longford, not only scoring 1-8 but creating Longford’s other goal and setting up so much for his team-mates in making a major impact as the county hurlers remain on course for promotion.

What Longford must answer for their other games at home to Warwickshire (March 12) and away to Sligo (March 26)  is whether they let their concentration go during the second half or that Leitrim suddenly found a new lease of life that brought them back into a game that defied explanation for long periods.

Longford got quickly off the mark with points from Patrick Walsh and Cathal Mullane.

Leitrim’s Conor Beirne and Walsh swapped points from frees. Walsh (‘65) and Colm Moreton swapped scores as Eugene Kiernan had two sniffs of a goal but despite a score from Leitrim’s Clement Cunniffe, Longford stayed in control with points from Seamus Hannon and Mullane.

David McGovern narrowed the gap before Longford went into overdrive with Mullane at the centre of it as he set up the first goal for Paddy Farrington and then snatched one out of nothing himself as well as adding four more points before half-time.

There would also be points for Seamus Hannon, Conor Keegan and Johnny Casey as Longford held a commanding 2-13 to 0-6 lead at the break and the advantage was extended with two points from Johnny Casey and Patrick Walsh early in the second half.

Longford appeared in little danger, even when Clement Cunniffe plucked a long delivery out of the air, got away with over-carrying and buried a shot low in the net as it cut the gap to 12 points. But Longford keeper Breen Elliott then inexplicably spilled an easy catch and Leitrim sharpshooter Conor Beirne forced the ball over the line in a scramble.

That cut the gap to nine and Cunniffe tagged on a point but Longford looked to have weathered the storm with points from Walsh and Mullane midway through the second half.

Conor Beirne and Conor Keegan swapped frees but even with ten minutes to go, there was nine points between the teams but four unanswered Beirne points, three from frees, suddenly left six between the teams as the game entered two minutes of added time.

Beirne tried to force a late Leitrim free into the net but the shot was saved but the clearance was poor, Cathal O’Donovan sending a ball back towards the goal where David McGovern appeared to get a touch, despite being clearly in the square, to divert the ball to the net.

Longford appealed for the square ball decision but referee Sean Hynes waved away the protests as suddenly Leitrim had the chance to rescue the game. But Longford steadied themselves in holding out for a three points win.