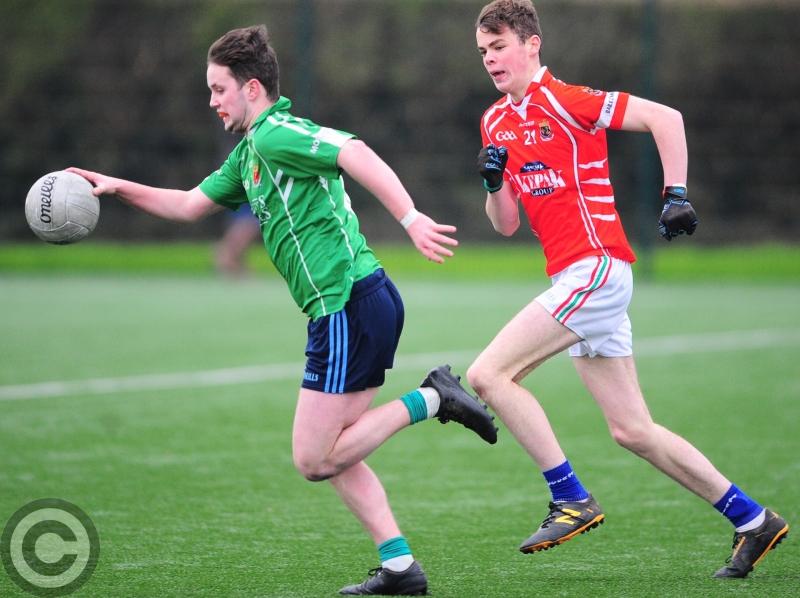 Playing against the strong wind in the first half and who trailed by the minimum of margins (0-5 to 0-4) at the break, Moyne gradually asserted their superiority on the changeover with goals from Cian Cassidy (a cracking strike in the first minute), Patrick Molloy and Shane McManus clinching their place in the final against Meath opponents Ratoath College.

Particularly impressive for Moyne was their powerful  midfielder Tristan Noack Hofmann (who plays soccer with Longford Town FC), the chief marksman for the north Longford school with  a total of eight points to his credit.

Full report and pictures in next week’s Longford Leader