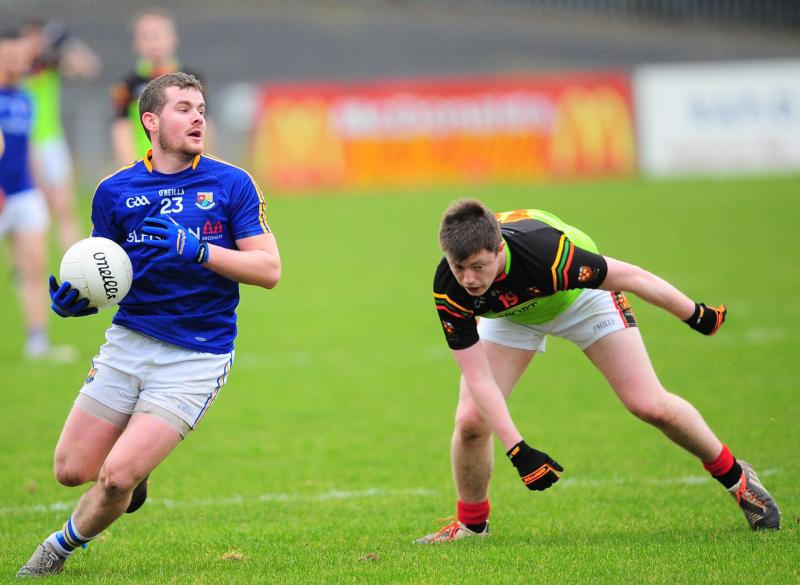 In the end it wasn’t as easy as many predicted but in a meaningless fixture that was of no benefit to either side, Longford had just eight points to spare overt IT Carlow in their final Bord na Móna O’Byrne Cup group game in Glennon Brothers Pearse Park on Sunday.

With nothing at stake, Longford manager Denis Connerton gave players the opportunity to impress with the start of the league just three weeks away. It was a dour game played at a pace more akin to a training session.

Six of the goals were scored in the first half as Longford took a 4-4 to 2-5 lead going in at the break. IT Carlow opened the scoring in the fourth minute with a pointed free from Longford U-21 player Cathal McCabe.

Longford’s first score was a goal from Ronan McEntire in the sixth minute. They were ahead by four points in the ninth minute, 1-2 to 0-1, but IT Carlow cut that to just one in the 15th minute with a goal from Conor O’Toole.

Longford were awarded a penalty in the 21st minute when James McGivney was dragged down. Donie McElligott easily dispatched the spot-kick, 2-2 to 1-1.

Longford substitute Liam Sullivan and Gary Rogers added further goals before IT Carlow grabbed their second goal just before the break to trail by five points, 4-4 to 2-5.

Half-time Longford substitute Robbie Smyth hit over two early points (one free) in the opening exchanges of the second half before Darren Gallagher scored Longford’s fifth goal, 5-6 to 2-6 with 43 minutes elapsed.

Credit to the Carlow students they kept plugging away and they were rewarded with their third goal in the 51st minute through substitute Gearoid Hanrahan, 5-7 to 3-6.

Longford went 11 points ahead in the 65th minute, 5-11 to 3-6, but in the 69th minute McCabe tucked away a penalty to score his side’s fourth goal of the afternoon and leave eight between them at the end.