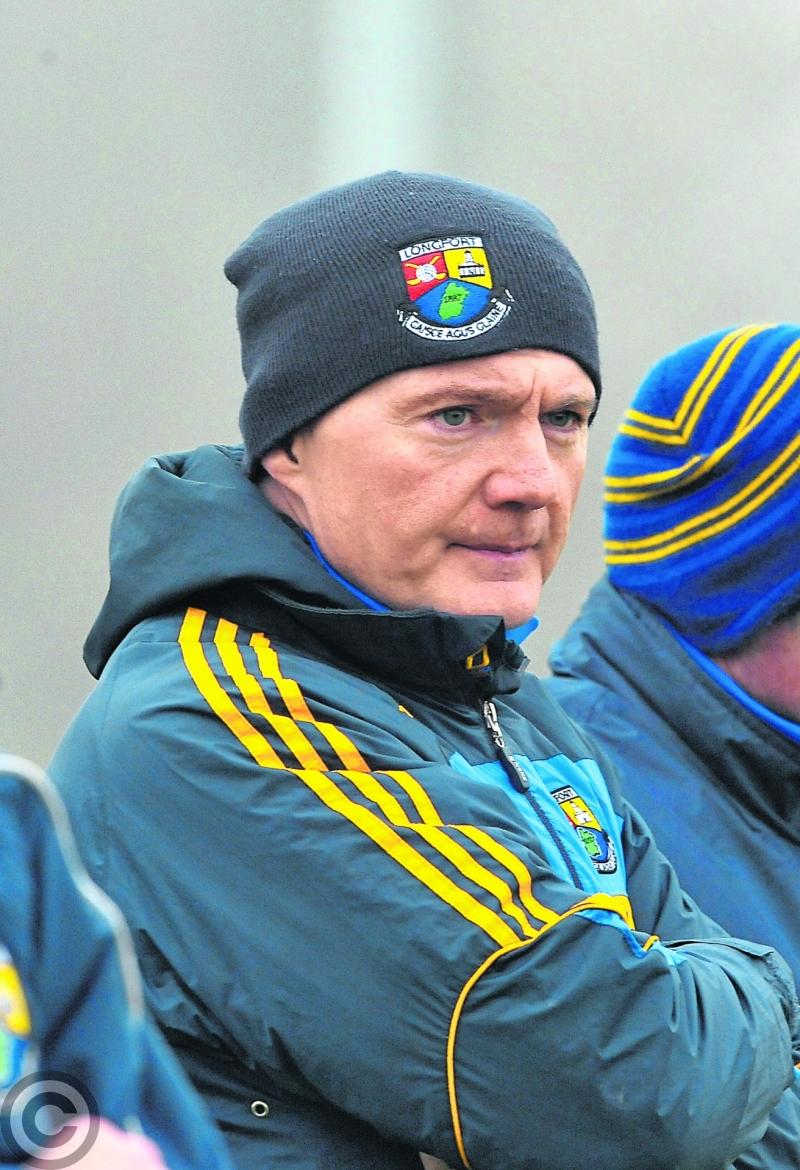 Frank McNamee, the manager of the Longford under 21 football squad.

Longford showed a lot of character in coming from five points down at one stage of the first half to eventually overcome Cavan in the Hastings Cup Under 21 Football Tournament Round 2 game at Sheelin Park, Ballymachugh on Saturday.

A well-taken goal from wing back Russell Brady in the 22nd minute brought Frank McNamee’s side right back into contention and they only trailed by a point at half-time, 1-5 to 1-4, with the other scores coming from Peter Lynn, Shane Kenny (two frees) and Darragh Doherty.

Cavan made the better start to the second half with a point apiece (frees) from Ryan Connolly (who scored the goal for the home county in the early stages of the game) and Daire McEnroe but Longford then stepped up another couple of gears to dominate the remainder of the match.

Seven points were registered in a row, three from Shane Kenny (one free) and a brace from Jayson Matthews (one free) with Daryl Carrigy and Aidan McElligott also on target, and Longford got the final score of the game in the fifth minute of stoppage time when David McGivney shot over the bar to seal a fine win.

Longford bid to maintain their unbeaten run in the Hastings Cup when they take on Roscommon in Round 3 at McGann Park, Kenagh on Friday night next, throw-in 8pm.