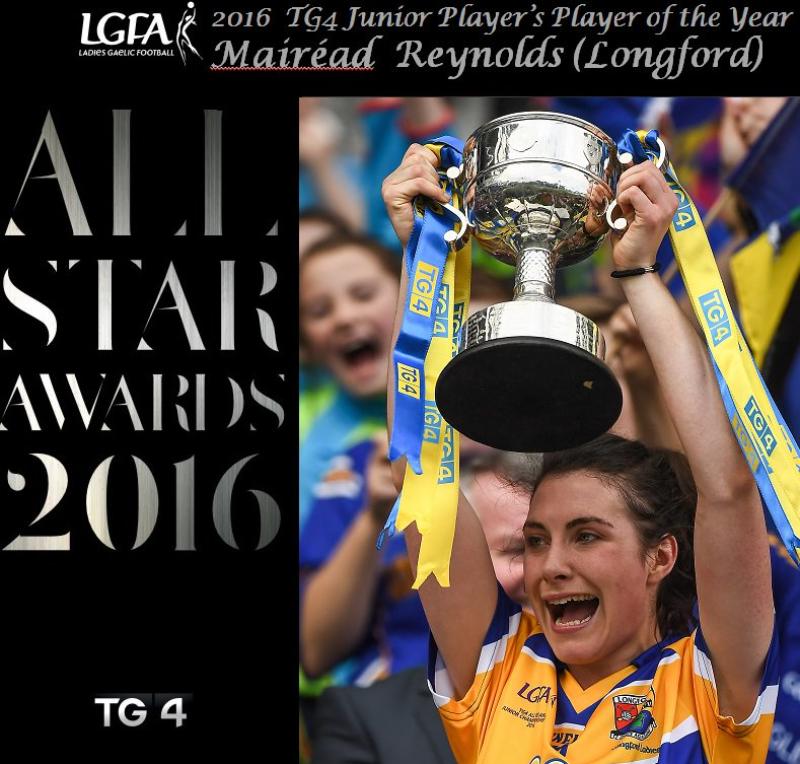 Longford ladies football team captain Mairead Reynolds rounded off a great year as she was named as the 2016 TG4 Junior Player's Player of the Year.

Mairead was presented with her award at the TG4 Ladies Gaelic Football Association Allstars ceremony in the Citywest Hotel, Dublin earlier tonight.

Mairead, from the Dromard club, had the great honour of lifting The West County Hotel Cup after Longford’s magnificent 4-10 to 1-12 victory over Antrim in the TG4 All-Ireland Junior Championship Final at Croke Park on Sunday, September 25 last. 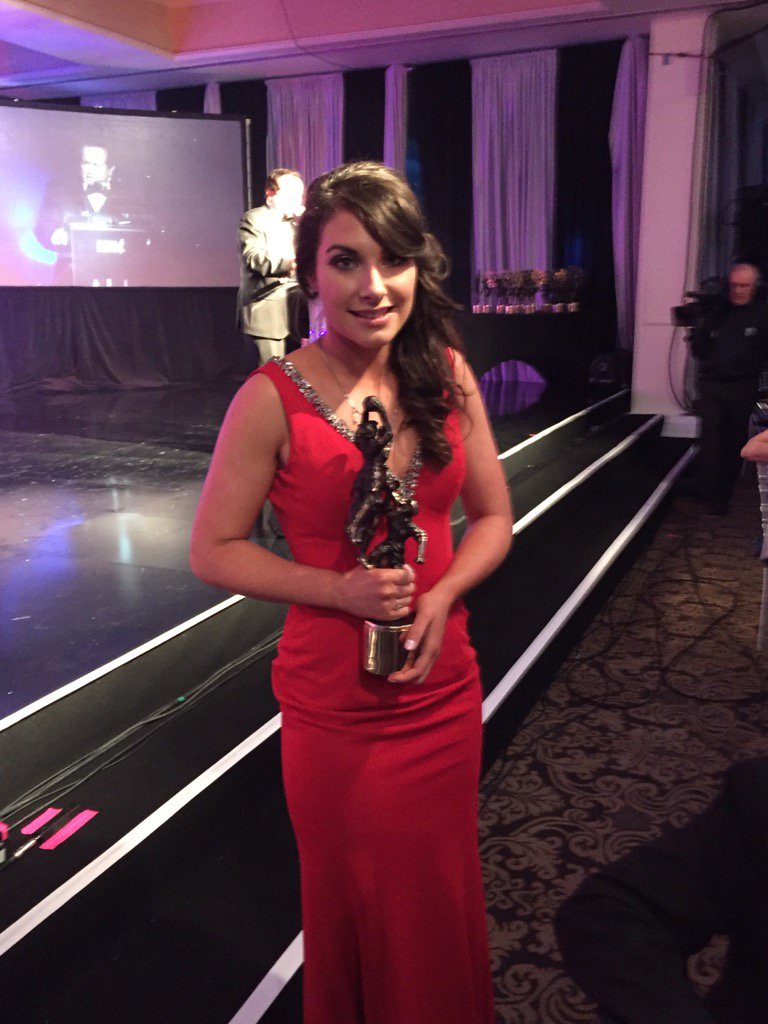 The last time Longford were All-Ireland Junior Champions was in 1997, when captained by Dara McGann (née Gill), they defeated Tyrone by 2-12 to 1-11.

When they trailed by 0-2 to 1-8 after 23 minutes of last September’s All-Ireland Final, Longford’s dream of getting their hands on their silverware looked in serious peril.

However, boosted by the introduction of subs Michelle Noonan, Aoife Darcy, Aisling Reynolds and Michelle Farrell, Longford transformed their fortunes dramatically and by the 45th minute they were firmly in the ascendancy and leading by 3-10 to 1-8.

Longford scored a devastating 3-8 without reply inside 21 minutes and their superb performance, that was illuminated by character, heart and desire, will be remembered for a long time to come.

Longford ladies All-Ireland winners ‘Hooley’ and presentation dinner dance takes place in The Rustic Inn, Abbeyshrule on Saturday, November 19, starting at 8pm. Admission is €25 and there will be a raffle on the night.

ALSO READ: Captain Mairead Reynolds pleased that belief has been restored in Longford