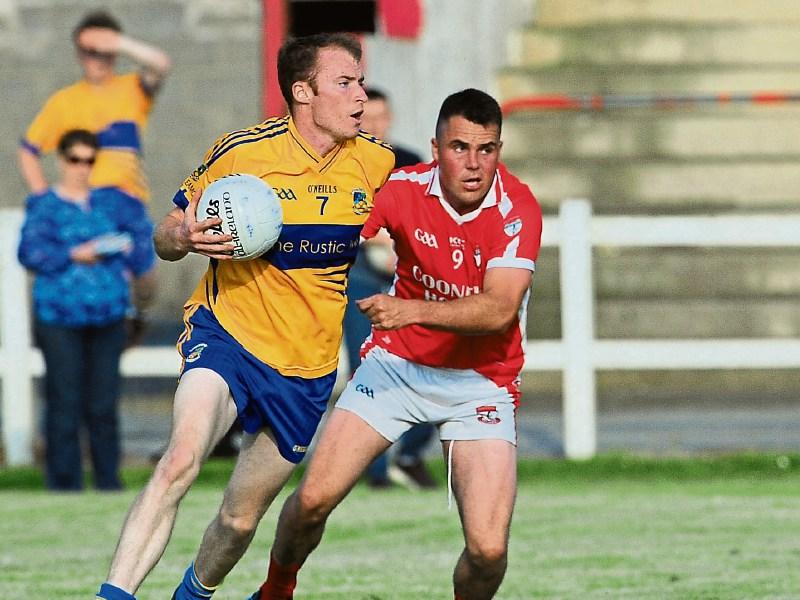 The 2016 County Senior Football Championship starts  on Sunday evening next with two first round games in Group C down for decision at McGann Park in Kenagh.

The race for the County Intermediate football title will also get under way with  four first round fixtures to be played this weekend.

On the basis of their Division 2 league title triumph this season, Fr Manning Gaels are in good shape coming into the championship and their team manager Gary Donohoe knows that a winning start is vital if the Drumlish/Ballinamuck side hope to make it through to the quarter-finals.

Ballymahon have the same ambition and while they will probably prove difficult to beat, they might have to settle for second best on this occasion.

Rathcline make their return to the senior championship after a few years absence from the top flight and will be quietly confident of coming out on top against Carrickedmond as there is seemingly little separating these sides, the winners of the Intermediate title in 2014 and 2015.

But the vital experience that Carrick gained in the Connolly Cup last season should stand to them and thus they are given a hesitant vote to claim the victory in this tight first round clash.

The move to amalgamate neighbours Ardagh and Moydow could well prove to be a wise decision in terms of trying to win the Intermediate title and they will be expected to overcome the challenge of Kenagh, who are badly hit by the suspension of key players Rory Connor and Shane Doyle carried over from last year’s club championship.

After guiding St Brigid’s to last year’s Intermediate final and also the Leinster Junior Club title decider (both ending in defeat), Ray Curley from the St Faithleach’s club in Ballyleague is back in charge of Killashee.

But St Brigid's  are pitted in a difficult group this time around and will be hard pressed to get a result against Cashel who are going well  this season.

Improving Ballymore look a good bet to emerge from this group in their quest to qualify for the championship semi-finals, with Bernard McElvaney leading the charge, and it will be a considerable surprise if they fail to make a winning start against struggling Legan who are pointless at the bottom of the Division 2 league table this season.

Beaten finalists in 2014 and who lost out at the penultimate stage last season, Sean Connolly’s are fancied to reach the knock-out stages again under the driving force of their highly motivated manager Colin ‘Dolly’ Dalton and the Ballinalee boys are most  unlikely to slip up against Young Grattans in Round 1.