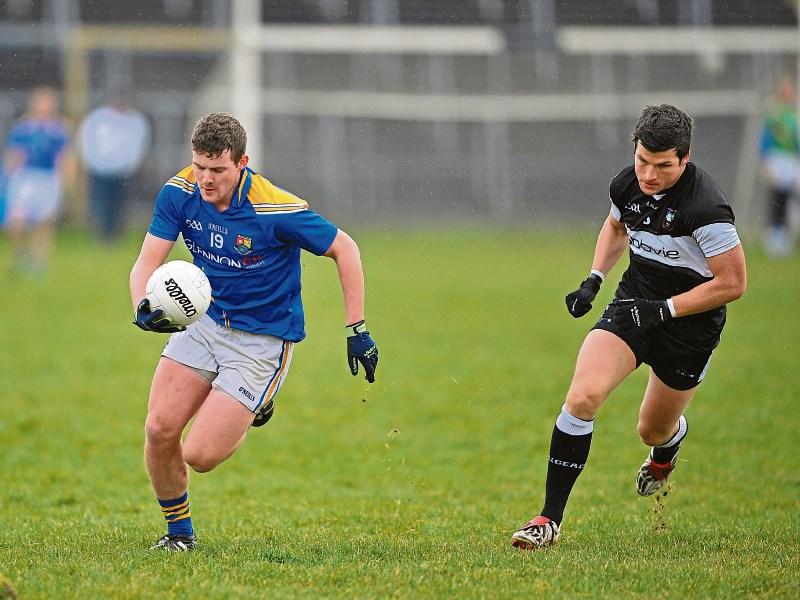 Division 3 of the National Football League.

Considering that they conceded two goals in the first half and were three points behind at one stage this was a fairly emphatic success for the county seniors, clearly reflected in the impressive total of 18 scores they clocked up in shooting Sligo down.

The comfortable margin of five points separated the sides in the finish despite the fact that Longford ended up with 13 players on the pitch after Brian Kavanagh and substitute Brian Farrell were sent-off in quick succession late in the game.

Kavanagh and Farrell, both of whom received second yellow cards, were dismissed in the 64th and 65th minutes respectively with Sligo trailing by four points but even at that the visitors were able to register another score with Robbie Smyth converting a well struck free for the final score of the contest in the 68th minute.

It was a big win for a highly committed side in the battle to avoid relegation and they will almost certainly be safe if they can manage to collect another couple of points from the remaining three fixtures with the focus now switched to the home game against Tipperary on Sunday next.

While there has never been any talk of the possibility of promotion in the Longford camp, there is still an outside chance of achieving that unlikely objective and victory over unbeaten Tipperary would be a major step in that direction.

After a very shaky first 20 minutes against Sligo, the Longford defence tightened up considerably but it was the introduction of the influential Darren Gallagher (who scored 1-3 from play) that made all the difference. Gallagher replaced Michael Brady at midfield, the latter forced to retire injured after only 14 minutes while defender Paul McGee was another unfortunate casualty in the early stages of the game.

Longford trailing by 2-3 to 0-6 and seemingly in some trouble.

But the Longford attack were looking sharp with Barry McKeon, James McGivney, Mark Hughes (2), Darren Gallagher and Robbie Smyth accounting for the first six points and a further score apiece were exchanged between Brian Kavanagh (free) and Cian Breheny, the latter on target for Sligo in the 23rd minute.

But the home county then faded right out of the game in failing to register another score until the 51st minute as Longford took over completely to register 1-8 without reply on their way to winning their second game in the National League this season.

Darren Gallagher blasted the ball to the back of the net from close range in the 25th minute, receiving the perfect pass from Michael Quinn after James McGivney had burst through on a penetrating run. It proved to be a fierce struggle thereafter for Sligo who are sorely missing a number of regulars and particularly quality forwards Adrian Marren (on the casualty list) and David Kelly (unavailable).

The crucial Gallagher goal left the sides all square and the Longford comeback continued with three points in a row, a brace from Brian Kavanagh frees and another score from Gallagher that left the midlanders leading by 1-10 to 2-4 at the break.

It was a great position to be in after the two Sligo goals and Longford extended their advantage to fire over another five points in the third quarter, three of those in the early stages of the second half through Brian Kavanagh (free), Robbie Smyth (free) and Michael Quinn (‘45’).

Barry McKeon (47 mins) and Darren Gallagher (49 mins) were also on target with excellent efforts to leave Longford in a commanding eight points lead (1-15 to 2-4) before Sligo closed the gap to shoot four scores between the 51st and 55th minutes - a brace from Niall Murphy (free and play) with Mark Breheny (free) and Pat Hughes also on target.

That gave Sligo a glimmer of hope but Longford got back on top and after kicking three consecutive wides Robbie Smyth converted a free in the 60th minute to consolidate the grip on the game.

Moments later Sligo substitute David Rooney shot over the bar but they never looked like salvaging the situation, even when Longford were reduced to 13 players, and another Smyth free made absolutely sure of the vital victory.

Despite some more poor finishing in this Round 4 fixture, there was greater scoring power in the Longford attack on this occasion and the deserving winners were overall superior than a Sligo side who are in deep relegation trouble on the evidence of this disappointing display on home ground.

The loyal Longford supporters who were in Markievicz Park went home happy in the knowledge that their side are ahead of Sligo, Westmeath and Limerick in the league table and in a better position to remain in Division 3.

While there was a lot of praise for Darren Gallagher for the leading role he played in the win, he received strong support from Michael Quinn when Longford eventually got on top at centrefield.

And for the best part of the game James McGivney played a most prominent role at centre-half-forward in linking up effectively with the rest of the attack and he was always a threat.