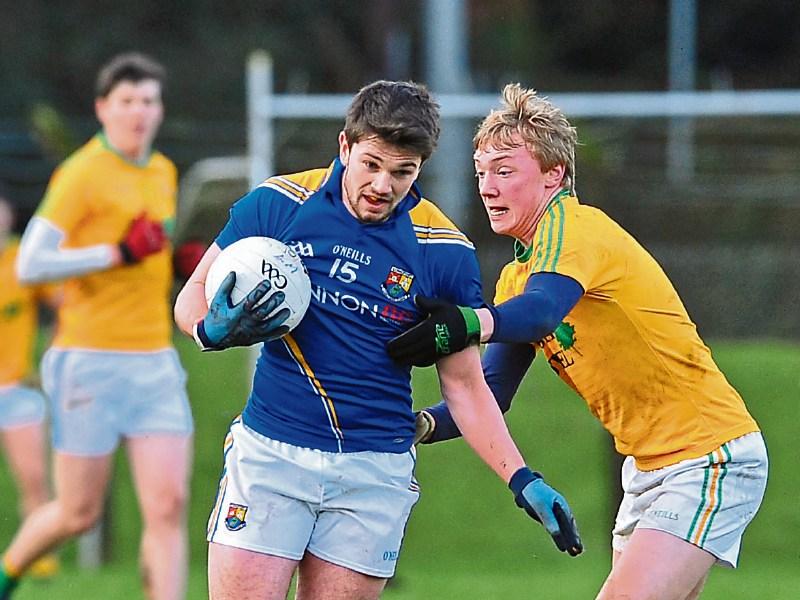 Although Longford were never headed in Round 2 of the Hastings Cup U-21 Tournament against Leitrim at the Cloone grounds on Saturday last the visitors ended up having to settle for a draw in a tough game that was a very worthwhile exercise in the build up to the Leinster Championship.

It was a tight contest from start to finish and Longford looked to have done enough to emerge victorious when late points from David McGivney (a cracking long range strike) and Russell Brady left Leitrim trailing by 1-10 to 0-11 with time running out and there appeared to be no way back.

But the neighbouring rivals proved to be a resolute outfit who just refused to accept defeat and after substitute Daire Farrell converted a free in the 59th minute the same player repeated the feat in landing a pressure kick in stoppage time to leave the sides all square at the final whistle.

And with Offaly cruising to a comfortable 2-13 to 1-7 win over Wicklow in the other Group 1 fixture last weekend, Longford must now beat the faithful county at the Rathcline GFC grounds on Saturday next (2pm) if they are to qualify for the Hastings Cup semi-final.

Manager Frank McNamee does not need to be told that there is plenty of room for improvement. His team were depending a lot on midfielder David McGivney and full-forward Shane Kenny for the vital scores against Leitrim, clearly reflected in the total of 1-7 that the influential duo clocked up on this occasion.

After squandering the initial chance to find the back of the net in the 25th minute, the loose ball broke kindly for Kenny with his powerful shot yielding a goal to leave Longford 1-4 to 0-4 in front but Leitrim came storming back to level matters with three points in a row through Kenny Cox, Luke Murphy (free) and Mark Plunkett.

So the sides were deadlocked at the break (0-7 to 1-4) with the four Longford points in the first half (all from play) shared by McGivney and Kenny while the other Leitrim scores came from Pearse Dolan, Murphy (free), Plunkett and Conor Dolan (free).

Midway through the second half Longford led by the minimum of margins (1-7 to 0-9) with their next three points coming from McGivney (free), Kenny (play) and Vinny Hourican (play) while Murphy (free) and a piledriver from Plunkett (play) replied for Leitrim.

And Longford could have been even further ahead as Jayson Matthews shot wide when well placed to score a goal in the 43rd minute, although he appeared to be impeded, and soon after Nigel Rabbitte had a disputed point disallowed by the referee after a mixed decision by the umpires to determine whether the ball had gone over the bar or not.

Moments later half-time substitute Conor Berry had a goal attempt blocked by the Leitrim keeper Diarmuid McKiernan and another replacement Paddy Kiernan was just on the pitch when he shot over the bar in the 50th minute.

Longford were now 1-8 to

0-9 ahead but yet again Leitrim rallied with another brilliant point from their main man Mark Plunkett and then wing back Alan McTague flicked the ball over the bar in the 54th minute to leave it level yet again.

The ding-dong battle continued right until the end of this entertaining encounter with the sides sharing another four points as Longford were denied the victory with Leitrim snatching a last gasp equaliser from a very well struck long range free.