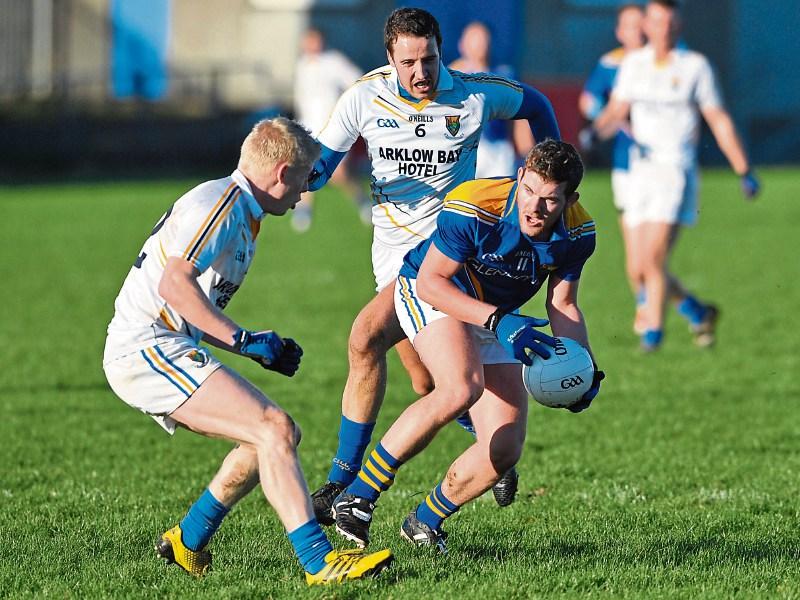 While Longford made hard work of beating Wicklow at Glennon Brothers Pearse Park on Sunday last, it turned out to be quite a significant result as if left them on top of Group D in the O’Byrne Cup on scores difference at the expense of Westmeath who suffered a surprise single point defeat against NUI Maynooth.

Denis Connerton’s side are now through to the semi-final of the Leinster senior football tournament and their reward is a crack at Dublin with the added bonus of taking on the All-Ireland champions at Pearse Park on Sunday next, throw-in 2pm.

Even though Jim Gavin has fielded fairly experimental teams so far in this competition, quite a few regulars are currently involved in the O’Byrne Cup campaign and Dublin will draw a big attendance no matter what as they are always a major attraction.

While the Longford players can look forward to what will be a serious test against the Dubs, nobody will be getting carried away. But it is a big lift nonetheless and great preparation for the main objective, staying up in Division 3 of the National League with the opening round fixture away to Offaly on Sunday January 31st.

The Longford supporters among the very small attendance of around 150 who braved the bitter cold conditions to watch the remaining group game in the O’Byrne Cup on Sunday last had little to shout about in a poor first half and the sides ended up deadlocked at 1-3 apiece at the break.

With the advantage of the wind it was Wicklow (fielding close enough to their strongest side) who enjoyed the better of the exchanges in the first half and but for squandering several chances, including seven wides, they could have been a few points in front.

Having said that, both Diarmuid Masterson (5th minute) and Michael Brady (20th minute) missed good goal chances for Longford who eventually found the back of the Wicklow net in the 26th minute with a well struck shot from James McGivney after he received the perfect pass from Francis McGee.

McGee figured prominently in the first half, kicking over a couple of fine points, while in stoppage time his fellow Dromard clubman Diarmuid Masterson landed a cracking strike from near the sideline.

Wicklow hit the front when Paddy Byrne got the vital touch to fist home a fine goal in the 12th minute and three points followed from Rory Finn (free), wing back Chris Murphy and Ciaran Fitzgerald (free) during the remainder of the first half.

While Longford were on top for most of the second half, they were guilty of some very poor finishing although they did succeed in adding another six points to their tally to secure the eventual victory.

Five of those scores came from substitutes Donal McElligott (2), Darren Gallagher, Robbie Smyth and Paul McKeon and those changes certainly made a difference.

Defender Colm P Smyth was also on target in the 66th minute to leave Longford 1-7 to 1-4 ahead but Wicklow came very close to getting back on level terms moments later.

A goal attempt from midfielder Rory Finn was blocked down by opposing keeper Colm Farrell, making his senior debut for the county, and that crucial save was a lucky escape for Longford who were finding it difficult to consolidate a firm grip on the game despite the superiority they enjoyed with the aid of the wind on the changeover.

But a point apiece followed from Paul McKeon and Donal McElligott (who fisted the ball over the bar) to clinch the hard earned win with Wicklow restricted to just two scores in the second half, both from frees converted by Paddy Byrne - the second in stoppage time.