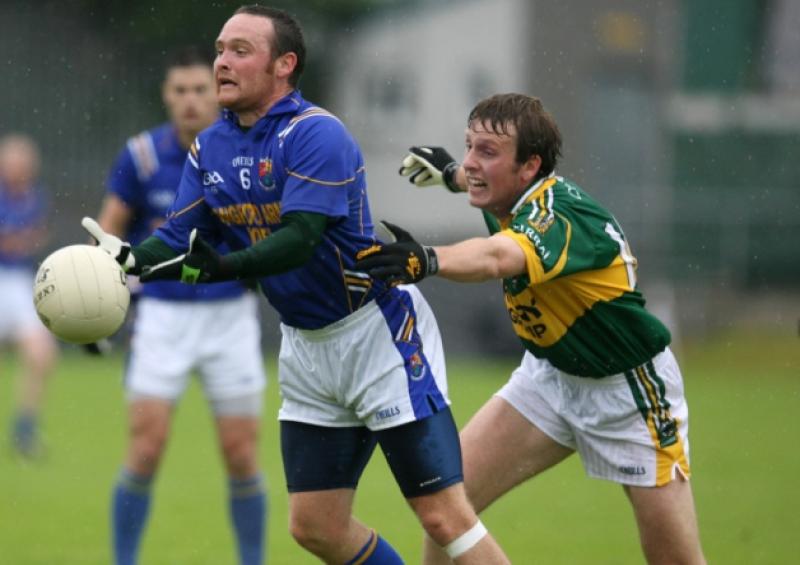 The thirty year old Clonguish stalwart, who played with Longford and Leitrim, has emigrated to the US for the foreseeable future and he confirmed “I’m officially now retired.” He added, “I don’t do regrets. I committed myself to being the very best that I could be. That’s all I could control. I’m grateful for the career I’ve had and am very thankful to the players I played with, managers I played under and supporters for their encouragement.”

Enda also spoke with recently appointed Longford manager Denis Connerton and although the lure of playing for another year was strong, he confessed, “When you get older you have to look outside the white lines and as this door closes it time for me to move on to another chapter of my life. At the moment, long term, I’m seeing my future abroad.”

He believes Longford’s future is in safe, dependable hands. “Denis called myself, Declan Reilly and Shane Mulligan onto the inter-county panel when we were 19. He understands Longford football in and out, and his assistant manager Ciaran Fox is a super GAA man. I’d be very confident of Longford GAA moving forward under the guidance of the new management team. I obviously won’t be there but I’d like to wish them all the best of luck.”

After helping Longford gain promotion from Division 4 earlier this year, the 2009 Longford Footballer of the Year was disappointed he couldn’t contribute to Longford’s longest championship run since 2006.

It is widely accepted that Longford hadn’t their best available panel on duty during 2015 and although Enda admitted everything wasn’t rosy he said it wasn’t his place to talk for other players.“I can only talk for myself. Other people maybe would have walked away with a grievance and different things. Everything wasn’t rosy in the garden, we had a good run in the NFL. I won’t comment on other people walking away. They obviously have their own reasons and I’ll leave it up to whatever way people want to judge that for themselves.”

The winner of O’Byrne Shield and Division 4 NFL medals, Enda recalled some career highlights - beating Mayo and Derry in All-Ireland qualifiers, pushing Kerry and Down close, and helping Leitrim to a win over Wicklow. But the highlight was captaining Longford to defeat Meath in the 2002 Leinster MFC Final.

“It was a very proud moment because unfortunately after that I played on for a lot of my career with my father (Tommy) passed away. For him to be alive and see me lifting that cup in Croke Park was a memorable thing because I can’t walk away from football without mentioning him because he was the biggest influence on my career – he put the ball in my hands for the first time and to share a moment like that with him and my family, very special.”

He described Jimmy Gacquin, Michael McCormack and Armagh’s Kieran McGeeney as others that significantly shaped him. “Jimmy Gacquin in St Mel’s College, gave me my football education. He was manager and I was captain of Longford minors in ‘02 and the following year of St Mel’s (Leinster College’s SFC winners). Michael McCormack came into Clonguish and took a leap of faith of me and we won two senior championships with him. I’ve also massive respect for the commitment of George Dugdale and Barney Breen in Leitrim.

“I met Kieran McGeeney in a dressing room in Clonguish when I was 18 and he has been a role model and great friend ever since.” Would he have liked if McGeeney managed Longford? His reply was succinct, “I don’t know if we would be able for him in Longford!”

He appreciates all the support and success he has enjoyed throughout his career with Clonguish and fondly recalled, “I scored a goal with my left foot in an All-Ireland Féile hurling final, and also played a lot of underage football at full and centre forward. I was centre forward with the minors in ‘02 and it was the following year with St Mel’s that Mr Gacquin’s tactical genius saw me move to centre back and I ended up there for the rest of my career.”

With tongue in cheek, Enda adds, “People have always claimed I wasn’t the best marker but I ended up there for ten years so I mustn’t have been too bad!”

He cited Wicklow’s Leighton Glynn and Kerry’s Declan O’Sullivan as among his toughest opponents. “I’d a big battle with Leighton in Portlaoise. I’m not sure if it was all legal.”

Enda reflected that the Irish obsession with GAA is great but added there is so much more in the world. “I played with Longford during the Summer in New York and after losing the JFC Final I recall returning from Gaelic Park and looking at the skyline of Manhattan. I’m fortunate there are great Longford GAA people here. To think there is a little Longford community in one of the biggest cities in the world is quite a special thing. Brendan Donoghue, Dermot Yorke and Cormac McCormack are running the Longford club in NY very successfully. And it is great to play alongside the likes of JJ Matthews, Kevin Mulligan, Martin Brady and Micheal Ledwith.”

He is happy player welfare is higher on the agenda than it was a decade ago and commends the work of the GPA. “If young players reach out, the GPA will help. I did two courses with them - Sports Psychology and Elite Performance, Sports Business & Development. I have been educated away from the football field as a person.”

Enda feels careful consideration should be given to the GPA’s recently published proposal to revamp the All-Ireland championship and suggested that counties need to look more internally to see what more they can do in terms of closing the gap. “Are we doing everything that we can within the counties to develop ourselves in the best way possible to try and close the gap. We need to look internally first and then put in the structures, just like Tipperary did.”

Announcing his departure from the inter-county arena on social media by publishing a photograph of his number 6 Longford and Leitrim jerseys alongside his packed bags, Enda said he was overwhelmed and humbled by the numerous messages of support he received. He concluded, “ I’m not going to pretend that I’m macho. Leaving was an emotional time. Over the last few years, I took on a father figure role since my Dad passed away. It was hard say goodbye to my Mam Maureen and brother Ciaran.”