Dromard the new league leaders after holding out to overcome Abbeylara 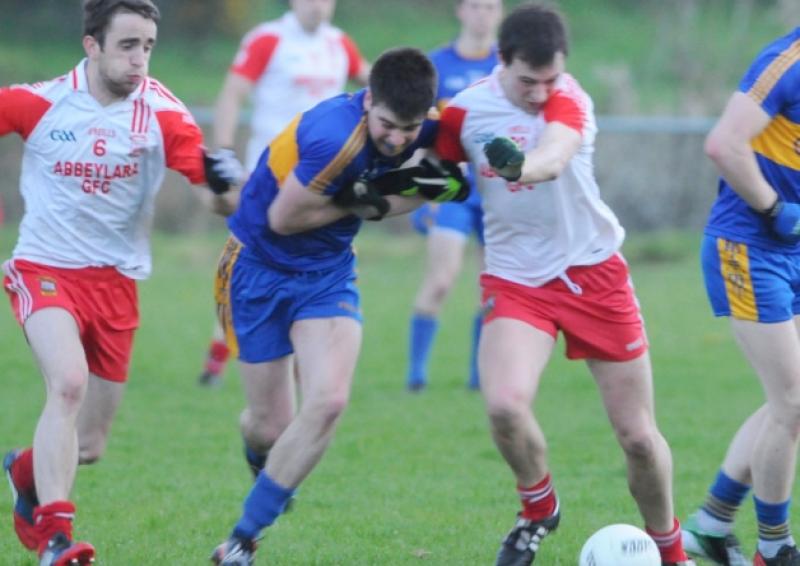 This Division 1 league encounter in Lynch Park on Wednesday evening of last week was very much the proverbial game of two halves with Dromard going top of the table after holding out to overcome Abbeylara by the narrow margin of two points.

This Division 1 league encounter in Lynch Park on Wednesday evening of last week was very much the proverbial game of two halves with Dromard going top of the table after holding out to overcome Abbeylara by the narrow margin of two points.

Dromard were clinical in the first half and took an eight point lead going in at the break. Abbeylara dominated the second half but all their play didn’t reflect on the scoreboard as they kicked a number of wides.

The decisive score of the game came within 20 seconds of the throw-in when Ross McNerney found the back of the net. It was one-way traffic in the first half as Dromard were completely on top with Cian Mimnagh instrumental in a lot of their scores.

Abbeylara, with their first attack in the second minute, won a free which Jason Kelly pointed. But Dromard then took control of the game with Mimnagh their target man.

Cian pointed a free in the 3rd minute and followed up with two excellent scores from play to give his side a five point lead by the 8th minute. Emmet Masterson added another point as Dromard were completely dominant.

Abbeylara’s second point of the game came in the 12th minute when Robbie Smyth hit over a fine effort but Dromard hit back with a good point from Cian Mimnagh and one from Padraig Martin to give them a seven point lead by the 19th minute.

Despite having possession Abbeylara hit a number of poor wides before Jason Kelly hit over another free in the 20th minute. But Dromard finished the first half strong; a lovely move from Damien Sheridan’s kick-out ended in Ross McNerney hitting over a point and just before the break he got his second point to increase the lead to eight points, 1-8 to 0-3.

Abbeylara were a different proposition after the break with Jason Kelly hitting over a free in the opening minute of the second half. He followed that up one minute later with a good point from play before Robbie Smyth was on target from a free.

A Cian Mimnagh free in the 36th minute put six between the sides but that was to be Dromard’s final score of the game as Abbeylara gradually began to get on top but failed to convert their chances on a number of occasions.

Robbie Smyth fired over two points (one free) to close the gap to four by the 53rd minute. Dromard were now relying on Abbeylara making mistakes but the visitors also failed to put away their chances.

As the clock ticked down Abbeylara piled on the pressure. In the 58th minute Nigel Rabbitte went through but was taken down and Robbie Smyth duly pointed the free to leave a goal between the sides.

Another Smyth free in the first minute of stoppage time cut the gap to two points but there wasn’t time for any late drama and Dromard were relieved to hear the sound of the final whistle.