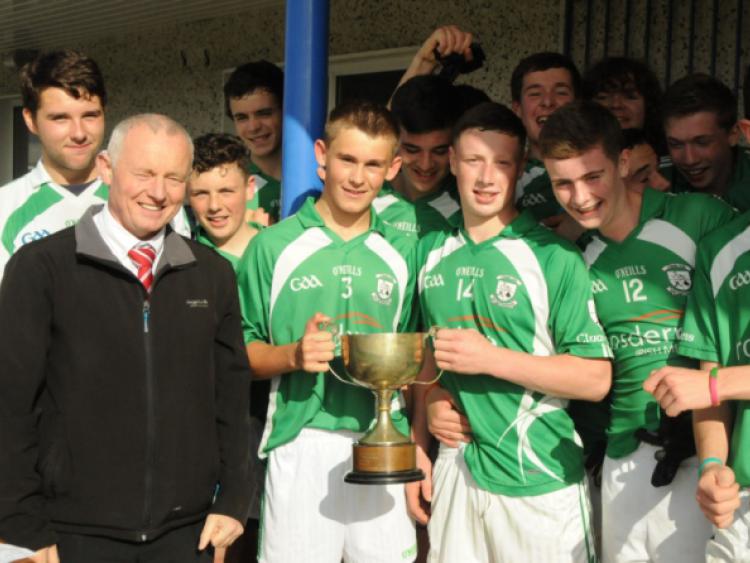 A storming start to the second half which yielded seven points in a row clinched the Juvenile ‘A’ Championship title for the Clonguish U-16 footballers who got the better of Ballymahon/Kenagh in the final at Pearse Park on Saturday last.

A storming start to the second half which yielded seven points in a row clinched the Juvenile ‘A’ Championship title for the Clonguish U-16 footballers who got the better of Ballymahon/Kenagh in the final at Pearse Park on Saturday last.

While the south Longford amalgamation hit the front when Lee Ross Gill finished the ball to the net in the 26th minute, back came Clonguish with a cracking goal from corner-forward Dara Kirk before half-time.

The dangerman Kirk was a constant threat in attack with a total of 1-5 while Jack Gregg and Andrew Allen - clocking up 0-5 between them - were also much to the fore up front for the worthy winners.

In capturing the U-16 county title for the first time since 2001, Clonguish held a slender 1-3 to 1-2 lead at the break, with Gregg, Kirk (free) and Brian Sweeney getting the points. The other two Ballymahon/Kenagh scores in the first half came from Thomas McGann (free in the 15th minute) and Joe Kelly.

Jack Fox made a few fine saves for the amalgamation while corner-back David Noad prevented a certain goal when blocking a point-blank fisted effort from Ger Corcoran in the opening minutes of the game.

The second half was less than a minute old when substitute Aaron Nally kicked a great point to leave the sides level but Clonguish then got on top to settle the issue in a short space of time.

Seven scores through Dara Kirk (3), Jack Gregg (2), Ger Corcoran and Andrew Allen left Ballymahon/Kenagh reeling on the ropes and despite a determined bid to get back into contention, a badly needed second goal just would not materialise.

The losers had Corey Molloy sent-off in the 48th minute and Clonguish also finished the game with 14 players when Andrew Allen was dismissed with time running out. Particularly impressive for the new county U-16 champions was corner-back Patrick Hernandes in what was a fine overall team performance.