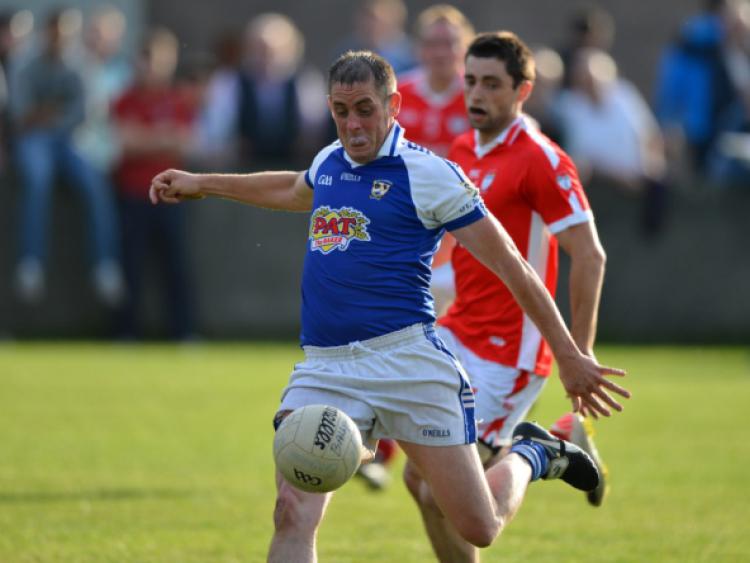 Granard St. Mary’s got their Connolly Cup campaign off to the best possible start last Saturday evening when beating a stubborn Ballymahon side at Allen Park in Newtownforbes.

Granard St. Mary’s got their Connolly Cup campaign off to the best possible start last Saturday evening when beating a stubborn Ballymahon side at Allen Park in Newtownforbes.

Gerry Cadden’s men were made to work hard for their win in what was a competitive but, at times, tempestuous affair. The excellent Liam O’Rourke, operating from full-forward, set Granard on their way with four points from play, three of which came in the space of four first half minutes.

But Ballymahon (with Dessie Dolan back in charge this season) gave as good as they got and by the 20th minute led by 0-5 to 0-4. Those scores came from Kyle Fitzmaurice, Cian Cooney, John Reid (2) and a fine solo effort from James Farrell.

But it was Granard who finished the first half the stronger and went in 0-8 to 0-5 ahead. Stephen Lynch extended the cushion to four points two minutes into the second half as St. Mary’s looked to press home their dominance.

Looking devoid of ideas, Ballymahon were gifted the opportunity to close the gap when a poor kick-out from Granard goalkeeper Eoin Mallon culminated in Colm Flynn converting a free.

That somewhat unexpected piece of good fortune seemed to galvanise Ballymahon and by the midway point of the second half just a point separated the sides.

First, Colm Flynn fired over another free as points from Kyle Fitzmaurice and Flynn’s third of the game sandwiched a free from Granard forward James Hynes.

It was as close as Ballymahon came to restoring parity. Liam Sullivan edged Granard ahead by two once more with 15 minutes left, a score that was quickly cancelled out by Ballymahon’s James Farrell.

But Ballymahon were left to rue the five wides they registered in the second half and two minutes into stoppage time David Blessington surged forward to shoot over the bar to clinch a crucial win for Granard.