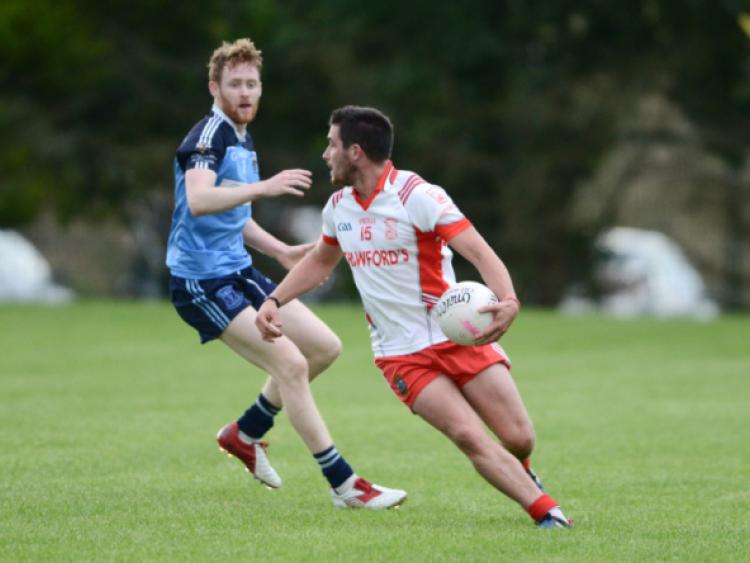 Longford Slashers showed a lot of bottle to beat Abbeylara in Round 3 of the Senior Football Championship at the Dromard grounds on Saturday evening last and while Denis Connerton’s hard working side can now look forward to a quarter-final date, they will have to improve considerably in the hope of retaining the Connolly Cup.

Longford Slashers showed a lot of bottle to beat Abbeylara in Round 3 of the Senior Football Championship at the Dromard grounds on Saturday evening last and while Denis Connerton’s hard working side can now look forward to a quarter-final date, they will have to improve considerably in the hope of retaining the Connolly Cup.

Forced to field without county players Michael Brady and Niall Mulligan, both of whom are out injured at the moment, this was always going to be a tough task for Slashers against Abbeylara who had sprang a big surprise to defeat Dromard in the previous round.

But Donal Ledwith’s charges sort of pressed the self destruct button on this occasion, kicking several bad wides after dominating the opening quarter of the contest, and will need to show greater consistency if they are to make a serious impact in this year’s Championship.

Abbeylara will have to come through the play-offs in their quest to qualify for the quarter-finals and looked well capable of doing just that. But the north Longford outfit are depending heavily on Robbie Smyth for the vital scores and it was he who fired over the opening score of the showdown against Slashers when converting a free in the 13th minute.

The county champions replied immediately when Colin Smith converted a free and from the moment full-forward Peter Foy flicked a goal in the 20th minute, after connecting with a centre from Smith, Abbeylara were fighting a real uphill battle.

This proved to be the decisive matchwinning score and despite losing the services of Foy, who was forced to retire injured in the 25th minute, Slashers continued to enjoy their best spell of the game that yielded three points in a row through prominent midfielder Andrew Dalton (landing a great long range strike), Trevor Clendenning (another cracking effort) and Stephen Phillips.

Abbeylara pulled a point back on the stroke of half-time when Robbie Smyth shot over the bar to leave his side trailing by 1-4 to 0-2 at the break and continued to close the gap when Nigel Rabbitte kicked a terrific score from a tight angle with three minutes gone on the changeover.

Mark Smith then missed a good goal chance for Slashers before his brother Colin fired over a free in the 36th minute and then full-back Barry Gilleran joined the attack to kick a great point soon after.

Abbeylara were now 1-6 to 0-3 in arrears and appeared to be in big trouble but they showed a lot of character to battle back, outscoring Slashers 0-4 to 0-1 during the remainder of the game.

Conor Berry went very close to getting a goal in the 54th minute when his flick on was parried over the bar by the oposing keeper Colm Farrell, who produced a tremendous reflex save to keep his net intact, while the other Abbeylara points came from a Robbie Smyth brace (play and free) with substitute Brian Smyth also getting his name on the scoresheet.

Mark Smith accounted for Slashers solitary reply in the 53rd minute and the sky-blues lived very dangerously indeed in the tense and exciting closing stages as Abbeylara went all out in their attempt to snatch the equalising goal in the fading light.

A draw would have been good enough for them to advance into the last eight and it was fairly frantic stuff as Arthur O’Connor, Conor Berry and Robbie Smyth (from a free deep into stoppage time) all had goal attempts blocked as Slashers held out for a hard earned win and generally called on all their vast experience to survive this stern test.