Stalemate as Slashers fail to break down defiant 12-man Dromard 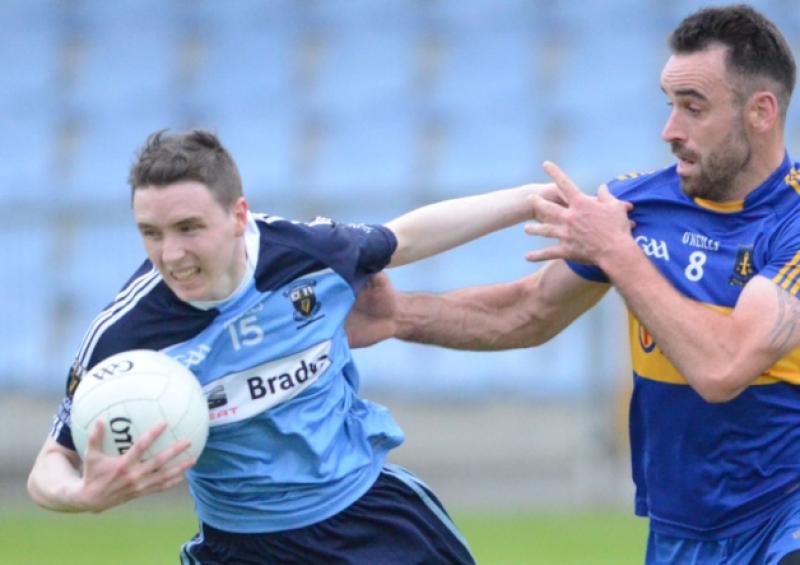 A wonderful point from Longford Slashers full-back Barry Gilleran earned his side a deserved draw against Dromard in the first of this year’s Peter Hanley Motors Senior Football championship quarter-finals.

A wonderful point from Longford Slashers full-back Barry Gilleran earned his side a deserved draw against Dromard in the first of this year’s Peter Hanley Motors Senior Football championship quarter-finals.

Dromard were seven points up at one stage on Saturday evening in Glennon Brothers Pearse Park but they actually did well to hold on for a draw as they finished the game with just 12 players; Diarmuid Masterson received two yellows while Peter Reynolds and Niall Vance got straight red cards. It wasn’t a dirty game but it was quite niggly with a lot of off-the-ball incidents.

The game started brightly but faded as the half went on. Dromard were the livelier in the opening minutes and made a good start hitting over the first two points though Slashers were level in the seventh minute.

In the ninth minute Dromard got their first goal when Cian Mimnagh scored from the penalty spot after Ronan McEntire was fouled, 1-2 to 0-2.

They should have added to that goal but amassed a number of wides. A free from Colin Smith and a lovely Andrew Dalton point brought Slashers to within one of Dromard by the 17th minute.

The lead was three again in the 24th minute but Slashers ended the half well; a move involving Sean and Conor Clarke set up Trevor Clendenning for a point. And in the 27th minute Smith pointed a free, after he was fouled to leave just one between them at the break, 1-4 to 0-6.

Dromard made a terrific start to the second half and within the opening minute stretched their lead to four points, 2-4 to 0-6, when Francis McGee set up Mimnagh and he made no mistake blasting home his second goal of the game.

Dalton replied for Slashers before Dromard were reduced to 14 men when Masterson received a second yellow. McGee hit over a free and two minutes later Slashers’ Conor Clarke received a black card.

In the space of two minutes Dromard were clinical again and extended their lead to seven points when Mimnagh kicked over a point and then McGee got their third goal, 3-6 to 0-8.

Credit though to Slashers their response was terrific; Dermot Brady played the ball to Smith and he found the back of the net with a fantastic strike. Clendenning then followed up with a point, 3-6 to 1-9.

Dromard then were dealt a blow when Peter Reynolds was red carded. Gary Maguire followed up with a point which was to be their last score of the game.

Barry Gilleran scored an excellent point in the 46th minute, 3-7 to 1-10, but minutes later Martin Tarmey was sent to the bench after receiving a black card.

A nice one-two between Paul Kelly and Colin Smith saw Smith hit over a point to leave just two between the sides.

With time running out Dromard had their third player sent off when Niall Vance was shown a straight red.

Slashers then tried to make numerical advantage count as the clocked ticked down. In the 58th minute another Smith free brought Slashers to within one and then one minute later Gilleran got up to land a wonderful point to draw his side level.

The full-back had a chance to be a matchwinner shortly after but his effort went wide and right at the end Smith’s free failed to reach the target and so these two sides must do it all again next weekend.

And the big question - who will win the replay which is fixed for Sunday next at 1pm in Glennon Brothers Pearse Park? Well, Dromard look most likely to prevail.