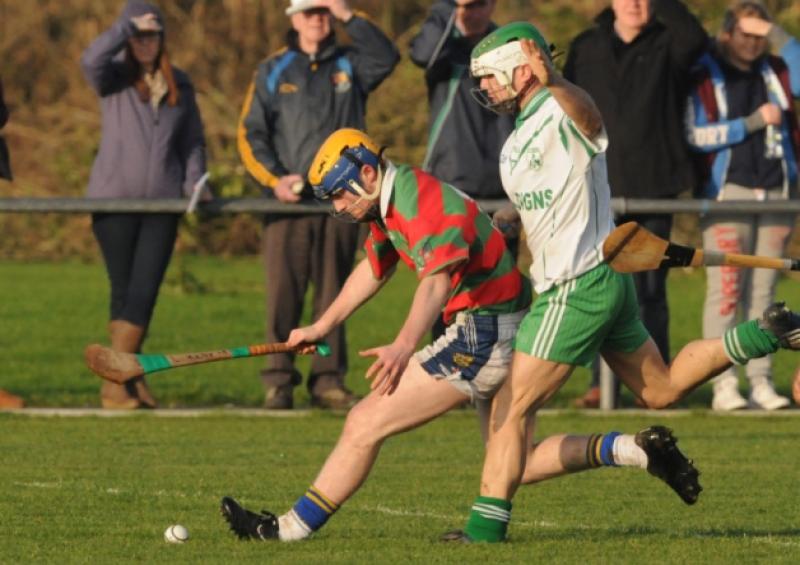 Wolfe Tones controlled the game from the start and three first half goals gave them a nine point lead at the break; 3-5 to 0-5. They added another goal immediately on the changeover and were never really troubled. They did though end the game with 13 men after Jack Lynn and Thomas Stakem were sent-off in the second half.

The home side hit over the first two points of the game before Stamullen got their opening point. In the 12th minute the Longford champions got their first goal; John Mulhern with a nice finish.

Two more points were tagged on before Paddy Cullen got his side’s second goal in the 16th minute to build up a nine point lead. Stamullen were struggling but in the space of one minute got two points; a free from Brian Farrelly and a nice score from substitute Richie O’Donoghue.

Wolfe Tones replied with a point from Luke Kelly and in the 25th minute they got a third goal when Jack Lynn’s long range free ended up in the net. The Meath side hit over two late points to leave nine between them at the break.

Just two minutes had elapsed in the second half when Wolfe Tones raised the green flag for a fourth time; Martin Coyle did well to hold off a challenge before finding the back of the net from a tight angle.

Coyle followed that up with an excellent point to put his side 13 points ahead by the 36th minute. Jack Lynn pointed a free minutes later and Paddy Cullen followed up with a point to stretch the lead to 15 points by the 38th minute.

Michael Hennessy then got St. Patrick’s first point of the second half in the 40th minute. Wolfe Tones were reduced to 14 men in the 41st minute when Lynn was sent-off but Stamullen didn’t make use of the numerical advantage. JP Ryan hit over two frees before he received a second yellow card in the 50th minute and it was an even playing field again.

Stamullen knew that if they had any chance of making a comeback in this game they needed a goal but the Wolfe Tones defence stood firm. John Mulhern fired over a nice point in the 53rd minute but it was cancelled out by Diarmuid Quinn’s effort minutes later.

As the clock ticked down the Meath side tried in vain to get more scores. In the final minute Wolfe Tones full-back Thomas Stakem was sent-off.

In second half stoppage time Stamullen hit over two more points through Neil O’Flaherty and Gerry O’Donoghue while John Mulhern got his third point of the game as Wolfe Tones booked their place in the Special Leinster Junior Club Final away to Clara (Offaly) on Sunday November 30th.