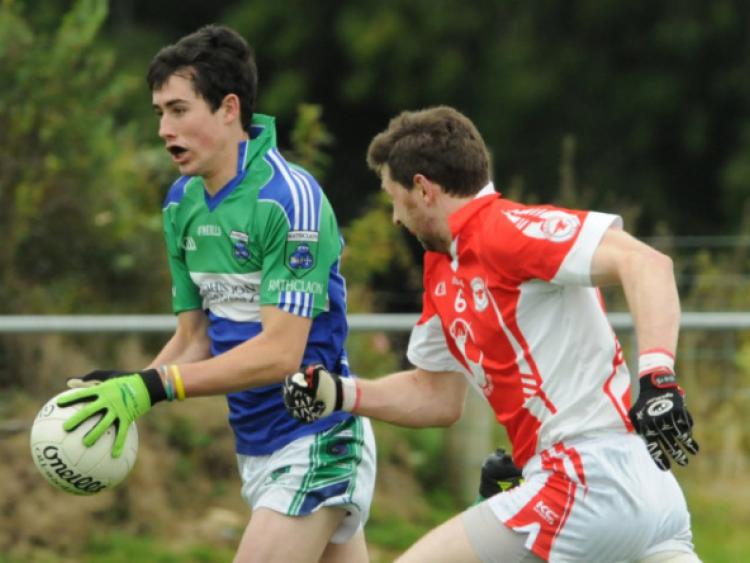 Sean Connolly’s conquered Rathcline to reach the semi-final of the Intermediate Football Championship with four points to spare in the play-off at Keenan Park, Ardagh on Sunday last.

Sean Connolly’s conquered Rathcline to reach the semi-final of the Intermediate Football Championship with four points to spare in the play-off at Keenan Park, Ardagh on Sunday last.

It’s been a marvellous transformation for the Ballinalee club who struggled last year and were very nearly playing Junior championship football and great credit goes to both the players and the management team.

Twice there was just two points between them in the first half but Connolly’s got the decisive score in the 26th minute when Dominic Watters grabbed a goal.

Rathcline battled back after the break and made it a three point game entering the final five minutes but Connolly’s got the vital scores near the end to clinch the victory.

Straight from the throw-in, Connolly’s got the opening score with a nice point from Dessie Reynolds. A good point from Derek Casserley in the 2nd minute levelled the game before Connolly’s fired over three points in a row.

James Hanley closed the gap in the 13th minute. Points were then exchanged between Daniel Collum (Connolly’s) and Blain Fallon (Rathcline) before Watters got the crucial only goal.

Two Stephen Lynch frees gave Connolly’s a seven point lead going in at the break, 1-7 to 0-3. A neat point from Dessie Reynolds extended the advantage in the early stages of the second half before James Hanley and Kevin Chapman replied for Rathcline.

Reynolds hit over a free in the 39th minute but then Rathcline began to come a lot more into the game and by the 54th minute there was just a goal separating the sides; James Hanley with two frees, a fantastic long range Shane Kenny point and another point from Kevin Chapman.

But Connolly’s put four between them in the 55th minute when Stephen Lynch hit over a free after substitute Joe Heaney was fouled and the lead was five points in stoppage time when Heaney got a score.

Right at the end, James Hanley fired over another point for Rathcline who now face a second play-off against neighbours Killashee at Emmet Park, Killoe on Friday night (8.30pm) to determine who will meet Connolly’s in the semi-final.

Who will win the second play-off fixture?