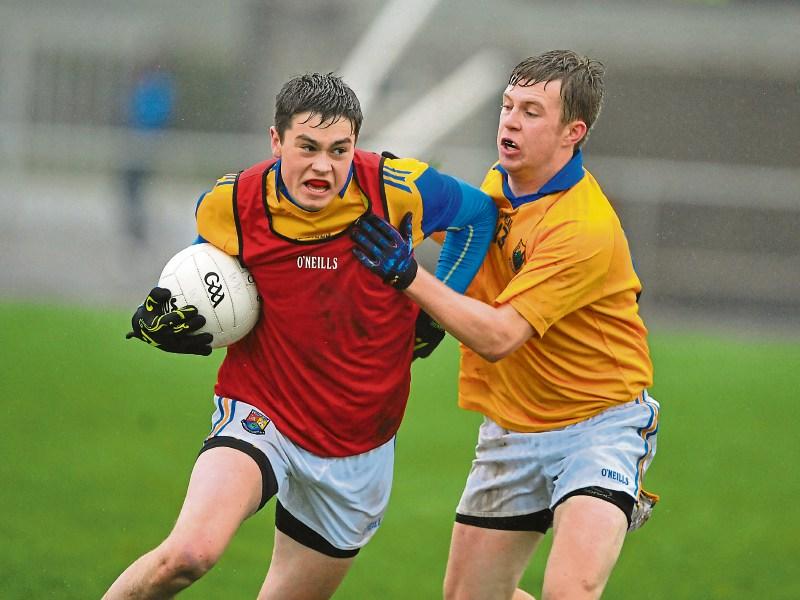 First half goals from Larry Moran and Shane Kenny put Longford on their way to a generally easy win over a poor Wicklow outfit in Round 1 of the Hastings Cup Under 21 Football Tournament at Keenan Park,

But Frank McNamee’s talented squad can expect a much tougher test against neighbouring rivals Leitrim in the next round at Pairc Sean MacDiarmada in Carrick-on-Shannon on Saturday next (throw-in 2pm) as the preparations continue for the Leinster U-21 Championship first round clash away to Wexford on Wednesday night February 24th.

Most of the damage was done in the first half with a penetrating Shane Kenny run through the Wicklow defence and his subsequent perfect pass leaving Larry Moran with the simple task of flicking the ball to the net from close range with just three minutes gone on the clock.

Kenny figured prominently in operating an effective roving role in the attack and he made no mistake to fire home a cracking goal in the 16th minute after latching on to a great ball in from David McGivney, who was controlling the midfield sector in producing a fine performance.

Defenders Ronan Sweeney and Liam Hughes were others to play particularly well for Longford in this one-sided encounter and it was all over as a contest at the break with Wicklow trailing by 2-8 to 0-3, although the visitors were denied a badly needed goal after the home keeper Shane Fitzpatrick made a fine point-blank save in the 21st minute.

Larry Moran (three frees), a brace apiece from Shane Kenny and Jayson Matthews (all from play) and the opening score of the game from David McGivney (play) accounted for the Longford points in the first half but the game developed into a real dour battle on the changeover in the difficult wet conditions.

Having said that, the Ardagh pitch held up well despite all the bad weather and credit to the club for their fine facilities.

Wicklow tried hard to take the bad look off the scoreboard but were unable to find a way through the resolute opposing defence.

Although the Longford tempo dropped considerably in the second half they still succeeded in adding another five points to their tally through Jayson Matthews, Fergal Sheridan (a terrific strike), Larry Moran (free), David McGivney (free) and Nigel Rabbitte.

Wicklow introduced a number of substitutes during the course of the game, one of whom Pearse Kelly fired over a consolation point in stoppage time.