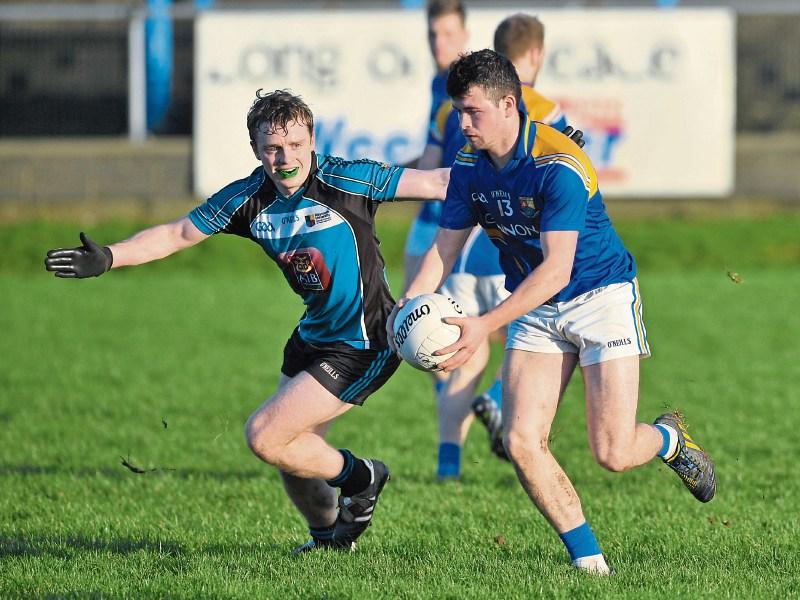 Longford kicked some great scores in a comfortable win over NUI Maynooth in the O’Byrne Cup Round 1 clash at Glennon Brothers Pearse Park on Sunday last and it was a solid start to the new season.

Manager Denis Connerton will be particularly pleased with the performance of one of the returning players, James McGivney, who fired over five cracking points during the course of the game and all from play.

McGivney impressed at centre-half-forward and Robbie Smyth was another to make his mark on his return to the county senior squad with the Abbeylara attacker also clocking up a total of five points (three frees).

It proved to be a useful workout in the build up to the start of the National League at the end of January. And Longford are back in action in the next round of the O’Byrne Cup this Wednesday night in St Loman's GFC Mullingar (7.30pm) when they take on Westmeath, who won 1-14 to 0-13 away to Wicklow on Sunday last.

A sparse attendance in the region of 150 gathered at Pearse Park to watch the county master Maynooth University and while Longford had to be content with a slender 0-9 to 1-4 lead at the break they were clearly the better team in the first half.

At one stage the county were 0-7 to 0-2 ahead with the scores coming from Robbie Smyth (2), James McGivney (2), debutant defender Andrew Dalton and Brian Kavanagh (2) but the visitors got right back into contention with a well-taken goal from Laois player Evan O’Carroll in the 24th minute.

The gap was closed to the minimum of margins and while Longford replied with a point apiece from Brian Kavanagh and Robbie Smyth (both frees) it was still a tight contest going into the second half.

But the county made a great start on the changeover with three excellent points in quick succession from James McGivney and midfielder Brian Farrell (2) and never looked like letting victory slip from their grasp with Dermot Brady, selected to start at left-corner-forward, operating effectively as an extra defender right from the very start of the game.

While a few scores from full-forward Neil Flynn kept NUI Maynooth in with a glimmer of hope, Longford consolidated their firm grip on the match in adding a further six points to their emphatic tally through Robbie Smyth (2), Brian Kavanagh, Barry McKeon and a late brace from James McGivney, one of which was a glorious strike from near the sideline