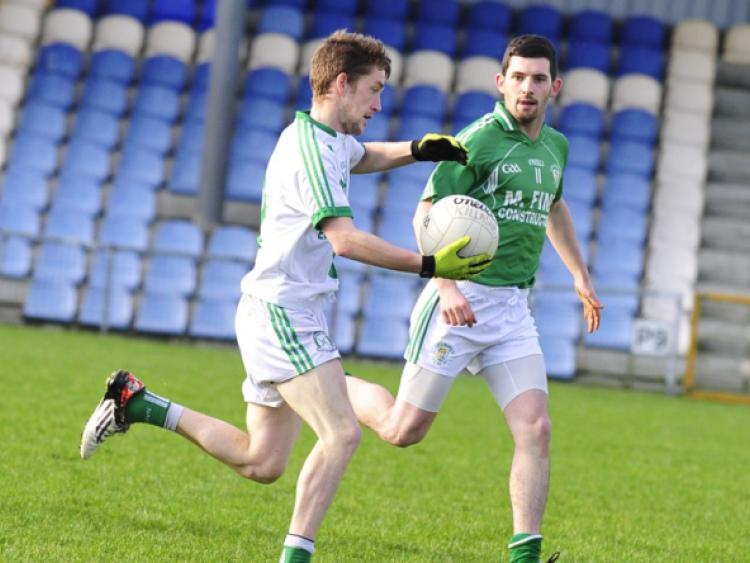 First half goals from Willie Skelly, Johnny Casey and Mark Rossiter laid the foundations for a wonderful win for St Brigid’s over Milltown (Westmeath) at Glennon Brothers Pearse Park on Sunday and history was made as the Killashee club became the first team from Longford to reach the Leinster Club Junior Football Championship Final.

It was a tremendous achievement for all concerned and providing the opposition in the provincial title decider at Pearse Park on Sunday week, December 6th will be the Meath junior champions Curraha who beat Grange (Carlow) 0-16 to 0-9 in the other semi-final.

Milltown scored first with a goal from corner-forward Jarlath Boyce in the 11th minute but Killashee hit back with a brace of goals in quick succession, the second from a penalty converted by Johnny Casey in the 18th minute.

And when a third goal materialised when a speculative shot from Mark Rossiter ended up in the back of the net in the 30th minute, followed by two Willie Skelly points (frees), St Brigid’s ended up in a comfortable 3-2 to 1-2 lead at the break.

In a dramatic finish to the first half, Milltown corner-back Paul Heduan was sent-off but despite the numerical disadvantage the Westmeath junior champions managed to get back on level terms (3-3 to 2-6) entering the closing stages of this exciting semi-final clash.

Jarlath Boyne scored a cracking second goal for Milltown with just a minute gone on the changeover while Cillian Lee fired over the other Killashee point in the 41st minute. Brave St Brigid’s were not going to be denied as a late surge yielded the lead point from Mark Rossiter in the 57th minute along with a stoppage time goal credited to Enda McKiernan.

Apart from the blow of having a goal disallowed for a square ball just after the Rossiter score, things got worse for Milltown who had two more players sent-off in the final minutes (second yellow cards) as they ended the game with 12 players on the pitch.