Damien Sheridan thinks the targets can be achieved 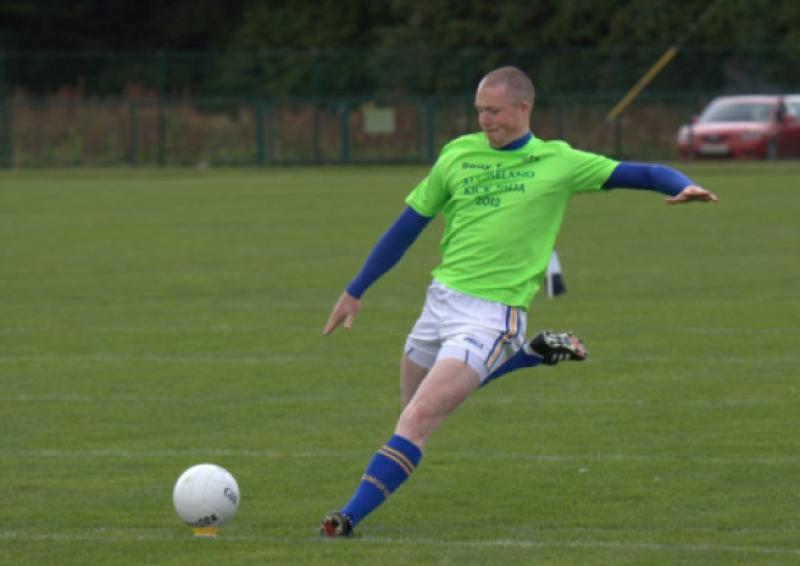 Longford GAA Games Development Administrator Damien Sheridan knows the development plan, 20/20 Vision for Longford, is an ambitious one but he thinks the targets can be achieved.

Longford GAA Games Development Administrator Damien Sheridan knows the development plan, 20/20 Vision for Longford, is an ambitious one but he thinks the targets can be achieved.

“We have a document and we have goals and targets for 2015-2016,” Sheridan told the Leader. “There are five areas and what we want to achieve with those. Some of them are tangible. We want to run an U-13 league in February, 15-aside with just one division. We have seven clubs capable of fielding a team on their own. What we are looking for is that the remaining teams link together and be able to make a new unit – not an amalgamation but a unit.”

One area the group are focussing on is the club scene which they believe needs to be developed. They hope to get things started in early 2015. Sheridan said: “By the second or third week in January clubs will be hearing a lot more about us. We will be rolling out different things. The first four months will be about club development and getting fixtures in place for the year, upskilling coaches; we will be active in that.

As the year progresses we will see a link development phase – lads that are coming out of county minor and U-21 will be monitored, tracked and given programmes to adhere to. It’s trying to keep the quality up as they go back into club football. The next time they go to pull on a Longford jersey they will be in a better position to do themselves justice and become a better player.”

There is also a focus on county development squads in the plan. Nothing is unrealistic and Sheridan believes everything will benefit the players. “There’s nothing really tangible coming out of the development squads; we want better systems, better treatment of players, a better monitored approach and just trying to do things better. We want to get more people involved in the coaching side.”

Sheridan hopes that all the goals in the plan will be achieved but he knows it might not work out like that. The club scene is where the Dromard man wants to see a change.

“The whole thing has to be looked at as a package. But if we could only do one thing it’s that the clubs get a better system, deal with the players they have and get a higher level of coaching.”

Improving the number and standard of coaches is something that Sheridan wants to see happening. He feels that would bring on players and ultimately lead to success.

“If you increase the standard of coaching that would bring on our players. A prime example of that is Cnoc Mhuire, Granard where you have about seven teachers who have a real interest in sport and at least five of them are interested in Gaelic Football and that school has gone from strength to strength. St. Mel’s are starting to come back now due to a really strong GAA principal (Declan Rowley). If you have people who are interested and are prepared to work hard, you will have success.”

For the plan to work Sheridan hopes that every club will get behind it. It is for the betterment of Longford football; from club right through to county.

“We are going to need the backing of all the clubs and everyone within those clubs. Everything that we do is to try and better Longford GAA clubs, players, root and branch and ultimately help our county players. Every county team that we put out, we want to achieve more that we have already achieved. We want to raise standards.”