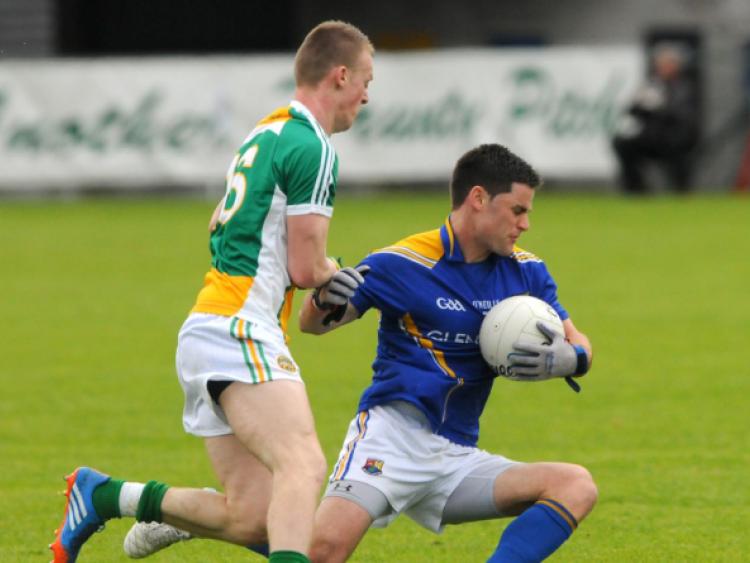 This win was more emphatic than the scoreline suggests as had Paul Barden found the twine with a series of gilt-edge goal scoring opportunities, Longford would have been well and truly out of sight.

The reward for Jack Sheedy’s men is a quarter-final date against old rivals Wexford. Early last month it was the Slaneysiders who condemned Longford to Division 4 football for 2015 when they triumphed by 1-15 to 2-10. So to say that Longford have a score to settle is not an understatement.

Longford did miss the steadying influence of Barry Gilleran at full back - Barry O’Farrell received a late call-up; and when Offaly managed to get quality ball into danger man Niall McNamee he duly punished them.

McNamee ended the clash with 0-7 to his credit, a tally that was equalled by impressive Emmet Og talisman Sean McCormack. McCormack, Brian Kavanagh, Francis McGee and Barden came into their own in the concluding half as Offaly’s rearguard buckled and was dragged all over the place.

They refused to panic though. John Keegan and Michael Quinn became more influential around the central diamond and a hat trick of points from Sean McCormack (free), Shane Mulligan and Mark Hughes proved invaluable in denting their opponents progress.

Even during this mini-score blitz, Francis McGee and McCormack were off target with point chances, but one still sensed the pendulum was firmly swinging in Longford’s favour.

The ‘Faithful’, who now haven’t won a Leinster championship game since 2007, led by 0-10 to 0-8 at the interval but the warning signs were ominous for them. Barden saw a 23rd minute strike initially saved and while he followed up and tucked home the rebound he was rather harshly penalised for ‘kicking the ball’ out of the hands of Offaly ‘keeper Alan Mulhall.

It was one of many decisions that infuriated Longford supporters and in the 27th minute they were pulling their hair out in frustration again as referee Martin Higgins flashed a yellow card at Offaly centre back Johnny Moloney when black was merited for his blatant drag back on the dashing Shane Mulligan.

In addition to being denied by a combination of Mulhall and the reiteoir, Barden also blazed a low strike wide when a goal looked the more likely outcome. Indeed, Longford’s attacking armoury moved fluently enough but the end product didn’t always match the slick build-up.

On the resumption, points by McCormack (free) and two exquisite Brian Kavanagh scores put Longford 0-11 to 0-10 ahead. McNamee’s 46th minute point restored parity for the fourth and final time, 0-11 apiece.

From the 47th to 60th minute it was Longford - just as they did when they defeated Offaly by 1-15 to 1-10 in the league at O’Connor Park - that dominated matters and they registered five unanswered points courtesy of Michael Quinn, McCormack (3, including two sweet scores from play) and Barden. The Clonguish stalwart found himself one-on-one with Mulhall in the 47th minute but again the Offaly ‘keeper saved with his feet and Quinn pointed from the rebound.

Offaly’s Anton Sullivan and Longford’s John Keegan received on-pitch treatment for over a minute after they collided accidentally competing for aerial possession.

Kavanagh and his marker David Hanlon were each shown yellow cards in the 60th minute and five minutes later the Offaly defender paid the ultimate penalty as he picked up a second yellow, followed by red after an off-the-ball incident that left Kavanagh requiring attention. Referee Higgins consulted with his umpires and both linesmen before reaching for red.

With Longford retreating and fearing they’d relinquish the lead instead of hammering it home, points by Cunningham, McNamee and sub Ciaran Hurley hauled Offaly back to within two points, 0-14 to 0-16 after 69 minutes.

It was a position Longford shouldn’t have been in and they eased their dangling nerves considerably with a pair of points by McGee and Barden, 0-18 to 0-14.

McNamee and Kavanagh traded points in the dying seconds of added time and this contest of the two relegated sides from Division 3 of the Allianz NFL drew to a conclusion.

Longford will hold no fears for Wexford in the quarter-final, a fixture that is scheduled for the weekend of June 7 & 8. And if they had been more clinical - they racked up 13 wides to Offaly’s 9 - they would have made life considerably easier for themselves. It was a solid performance and the result should lift spirits and morale after the gloom that engulfed the county in the wake of suffering relegation to the NFL’s basement division.