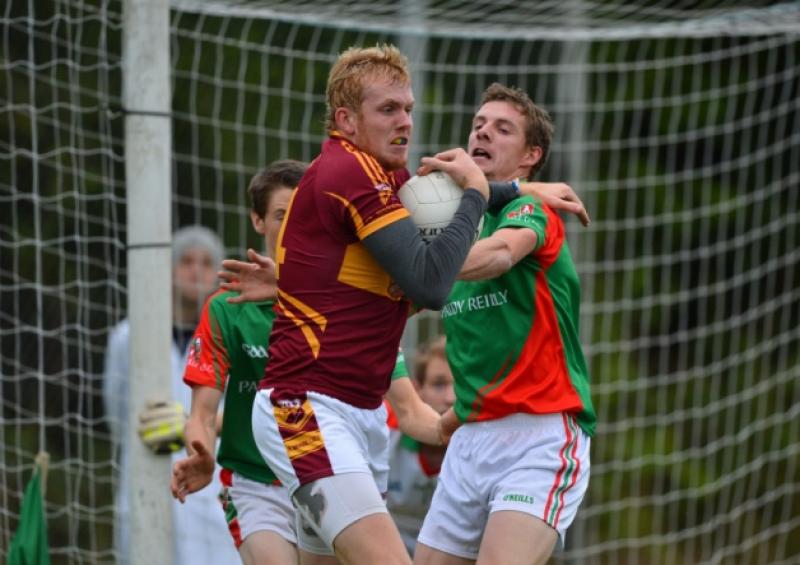 Needing at least a draw to clinch their place in the quarter-finals of the Senior Football Championship, it turned out to be a fierce struggle for Colmcille who just did enough to beat Fr. Manning Gaels at Emmet Park.

Needing at least a draw to clinch their place in the quarter-finals of the Senior Football Championship, it turned out to be a fierce struggle for Colmcille who just did enough to beat Fr. Manning Gaels at Emmet Park.

A small attendance gathered at the Killoe grounds on Friday night last to watch Colmcille score a slender one-point win in this Round 3 clash and they will have to improve greatly if they hope to make any further progress in the race for the Connolly Cup.

The Gaels, on the other hand, managed to restore some lost pride after suffering bad defeats against Abbeylara and Mullinalaghta and can approach the relegation play-offs in a better frame of mind.

Both sides were guilty of squandering several chances in this dismal encounter and Colmcille held a comfortable 0-5 to 0-0 lead after 22 minutes with three of their scores coming from Barry McKeon (two frees and a ‘45’).

Midfielder Niall Brady and roving corner-back Ciaran Brady were also on target with fine efforts from play and it looked like the Gaels were heading for another demoralising defeat.

But the Drumlish/Ballinamuck side (minus the services of the injured Mark Duffy) eventually got their opening score in the 23rd minute when Emmet Noonan worked his way through for a point and that was the way it remained at the break, 0-5 to 0-1. The Gaels came a lot more into the game in the second half and managed to close the gap to the minimum of margins with three points in a row through Martin Cassidy (free), Padraig Gill and centre-half-back Fergal Reilly.

However, Colmcille hit back with a point apiece from Declan C Reilly (free) and substitute Fergal Sheridan (a tremendous effort) to ease the pressure and it was a tight affair from there until the finish with Padraig Gill’s attempt for a dramatic winning goal direct from a free in stoppage time going over the bar.